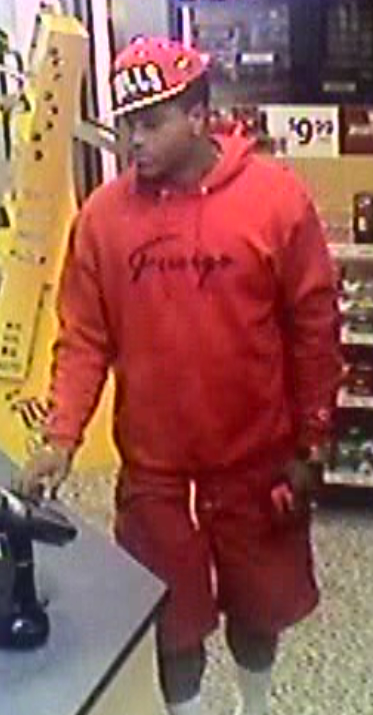 The 18-year-old is wanted for aggravated malicious wounding and conspiracy.

The charges stem from an incident that happened in May on Huntersville Place.

Jordan’s last known address is on Brookwood Dr. in Suffolk, which is near College Dr. and the Western Freeway.

They have a surveillance picture of the man, who they say used the card eleven times at eight different convenience stores in one night.

It happened in the Greenbrier section of the city last month.

The victim told police she believes her wallet had been stolen from her purse the night before while at a business on Parkview Dr.

Hampton, Va. – Police are looking for Larry Scott, 25.  He’s wanted for homicide, in connection to the shooting death of Tyquan Woods last month.

Police say Scott should be considered armed and dangerous.  His last known address is on Peabody Drive.

York County, Va. – The Sheriff’s Office is trying to find a woman who used a stolen credit card.

They have a picture of the woman from a security camera using the stolen card at a Yorktown Walmart.

She was seen driving a blue car, possibly a Ford Taurus, and might go by the nickname “Mocha.”

If you have information on any of these cases, call the Crime Line at 1-888-LOCK-U-UP. You can remain anonymous and your tip could make you eligible for a cash reward.