Norfolk Police says the pursuit of an erratic driver ended in a crash on Tidewater Drive near Norview Avenue on Tuesday afternoon.

Police say the driver of a green Nissan initially ran at  stop sign near the intersection of Somme Avenue and Alsace Avenue.

A police officer attempted to stop the vehicle but the driver refused to stop and instead tried to elude the officers.

The driver continued to violate several traffic laws and the pursuing officers decided to stop the pursuit for public safety.

The vehicle continued to drive erratically and eventually crash into a power pole in the 6200 block of Tidewater Drive.

Officers responded to the scene as well as Norfolk Fire Rescue. The driver, identified as 22-year-old Jaleel F. Yelverton, was transported to Sentara Norfolk General Hospital with non-life threatening injuries. No one else was injured.

He is currently being booked into the Norfolk City Jail.

Yelverton is a convicted felon. He previously pleaded guilty to driving on a suspended licenses, counterfeit inspection sticker, improper use of tag, no insurance, possession of a forged bank note, obtaining money under false pretenses, and eluding police in June 2013. 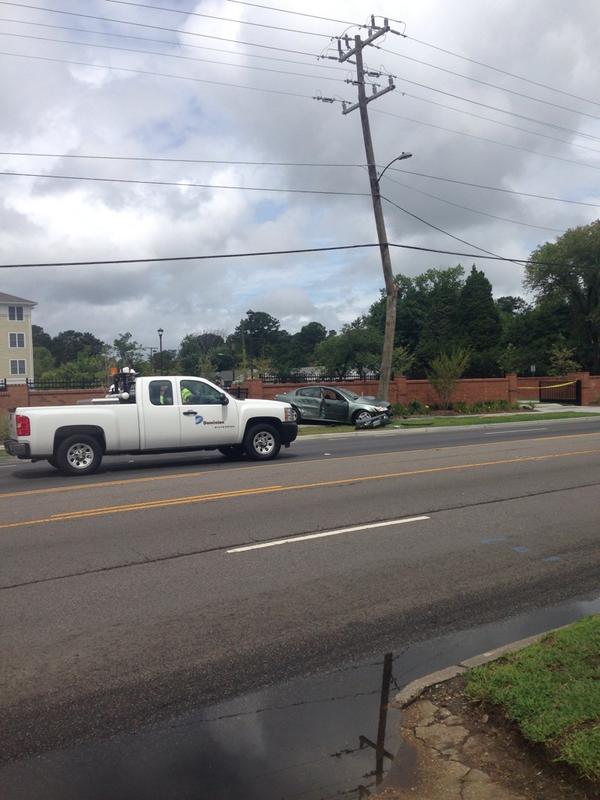