UPDATE: Crews still cleaning up after chemical leak in Norfolk

Norfolk, Va. -  Crews are on the scene of a Hazmat situation in the 1000 block of Lansing Street.

The call came in just before 6 a.m. from personnel at Kinder-Morgan saying one of their tanks was leaking.

Units responded at 6:05 a.m. and confirmed that a tank was in fact leaking sodium hydroxide. The tank currently holds approximately 900,000 gallons. A berm surrounds the tank and has contained the leaking product. However, it is still unknown how much has leaked.

Kinder-Morgan will be transferring the product from the tank that’s leaking to another tank on site.

Sodium hydroxide is used in the manufacturing of fabric, plastic wrap, paper, and soap. It is the main ingredient in drain and oven cleaners, and is also used in oil refining, hydraulic fracturing, and water treatment.

Three people were on site at Kinder Morgan when the leak was discovered.

No injuries have been reported. There is no direct risk to the Berkeley community at this time.

As a precuation, parts of Colonna Shipyard adjacent to the tank and some other local businesses have been evacuated.

This is a developing story, check back with WTKR.com as more details come in. 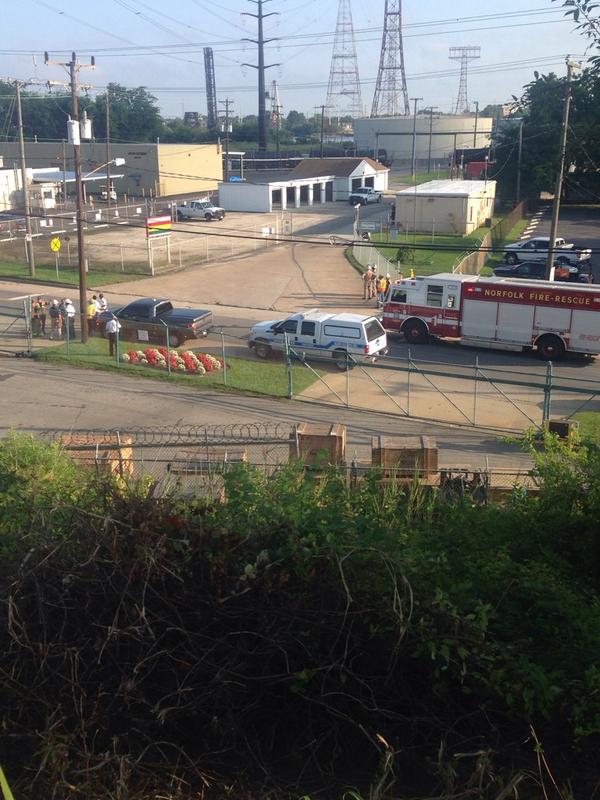