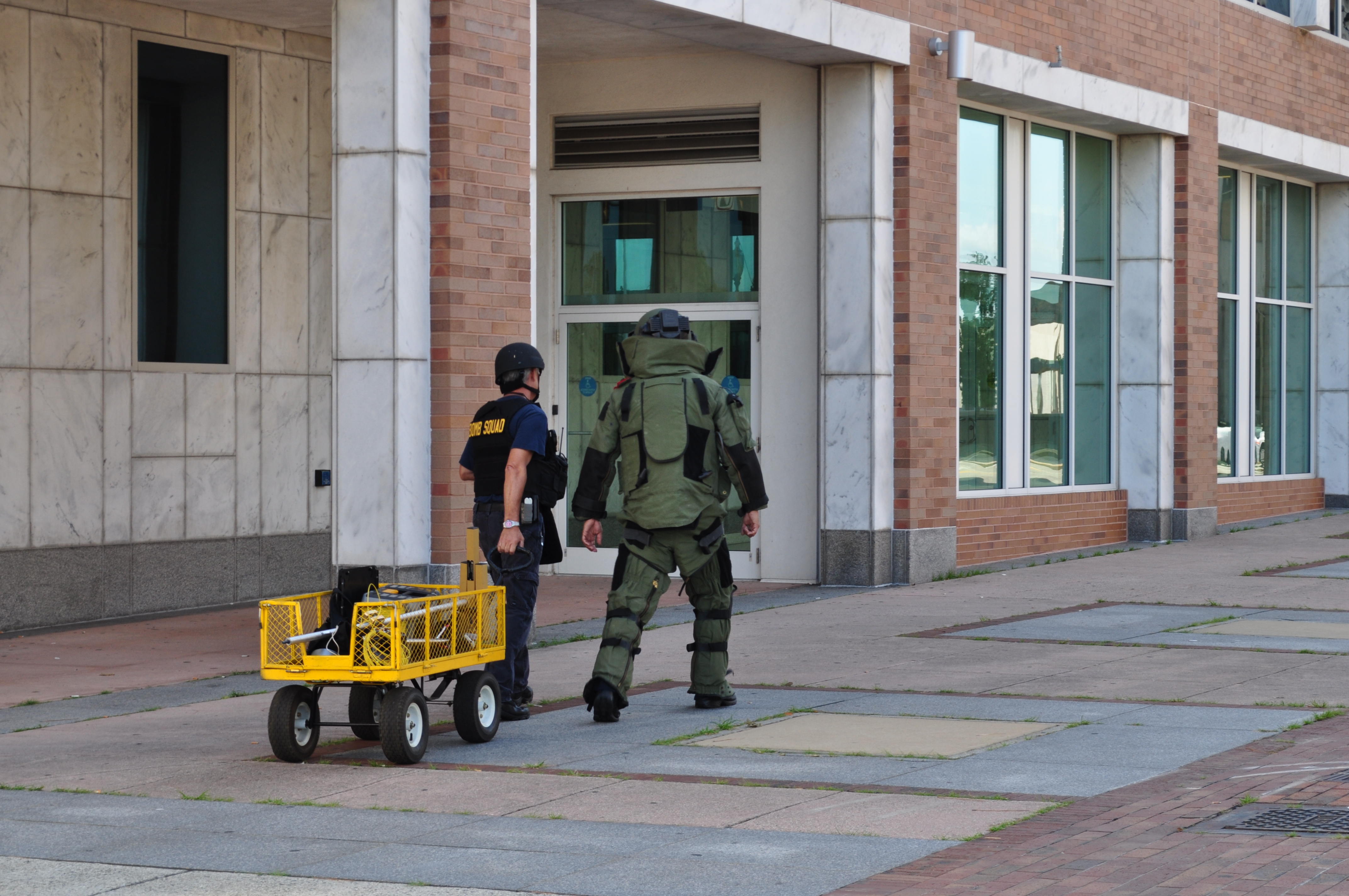 The Newport News General District Courthouse was evacuated for several hours while police investigated a suspicious package that was found inside.

All judges, court personnel, attorneys, inmates, visitors, etc., were calmly escorted from the building around 9:10 a.m. to designated areas predetermined by an evacuation plan.

Doors were reopened at approximately 11:45 a.m. after the package was determined safe.