Photos: The USS Theodore Roosevelt holds a burial at sea 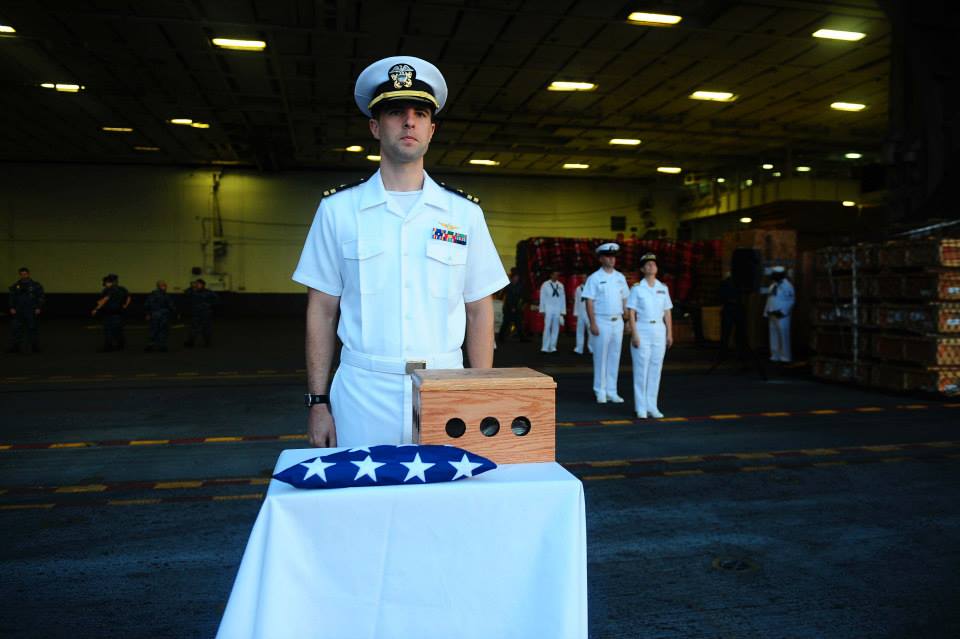 Boorse’s grandson, Lt. Ryan Broderick, participated in the ceremony, according to The Big Stick Blog.

“I was glad to be a part of the ceremony,” said Lt. Ryan Broderick, grandson of Boorse. “It really became a reflective moment and it was good to watch him go into the sea. It’s going to be a great memory for the family.”

A burial at sea ceremony is available to active duty members of the armed services, retirees and veterans who were honorably discharged. It is also available to U.S. civilian marine personnel of the Military Sealift Command, and dependents of active duty service members.