Flames were coming from the second floor when crews arrived, according to Chief Stockton.

More than 20 firefighters worked to put out the blaze, which was called in at 4:20am.

The intense heat from the fire also damaged two nearby homes.

A section of Elm Avenue is blocked to provide fire crews access to the home in the 2300 block.

No one was inside the house at the time, and the cause has not been determined. 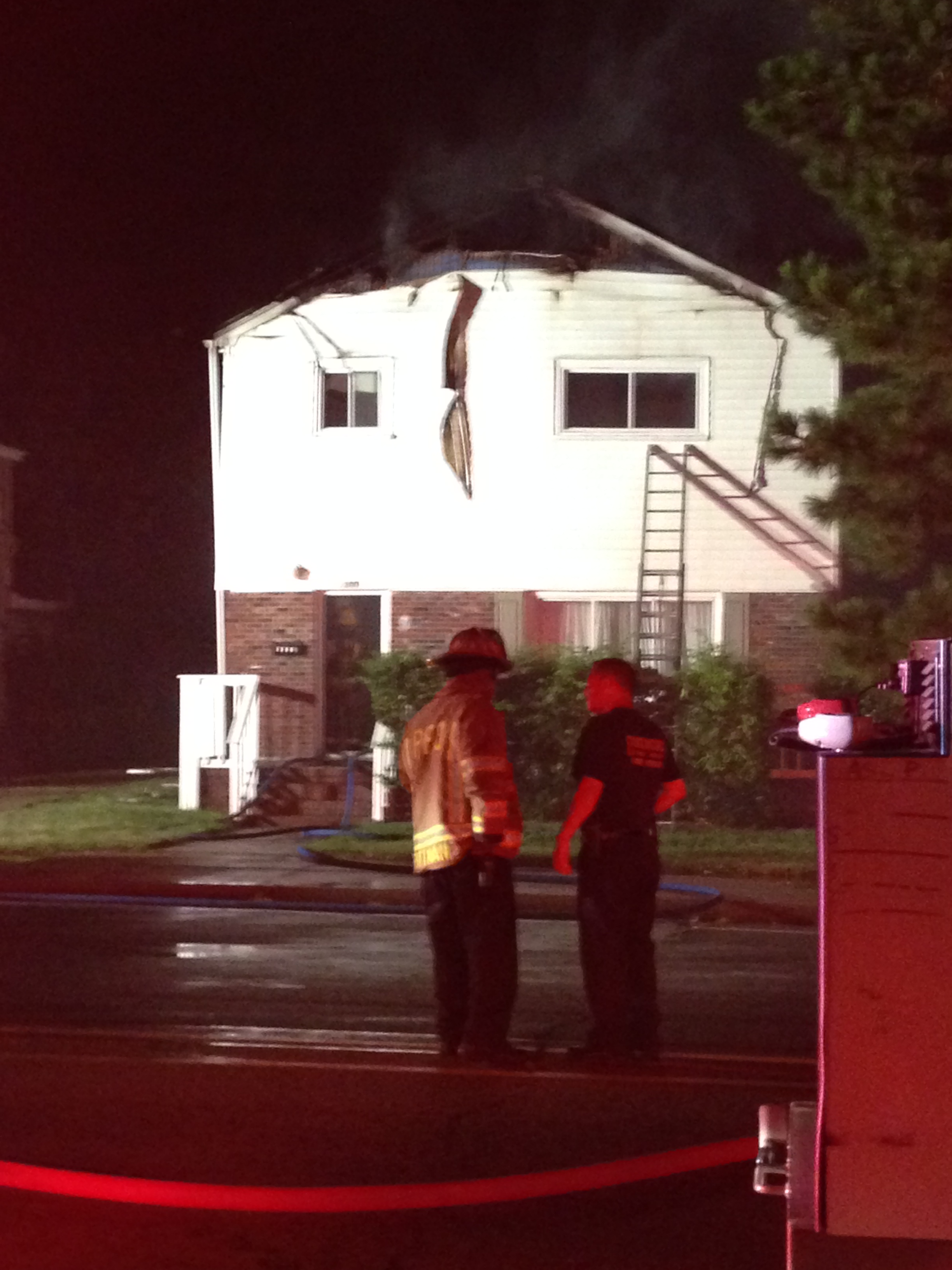