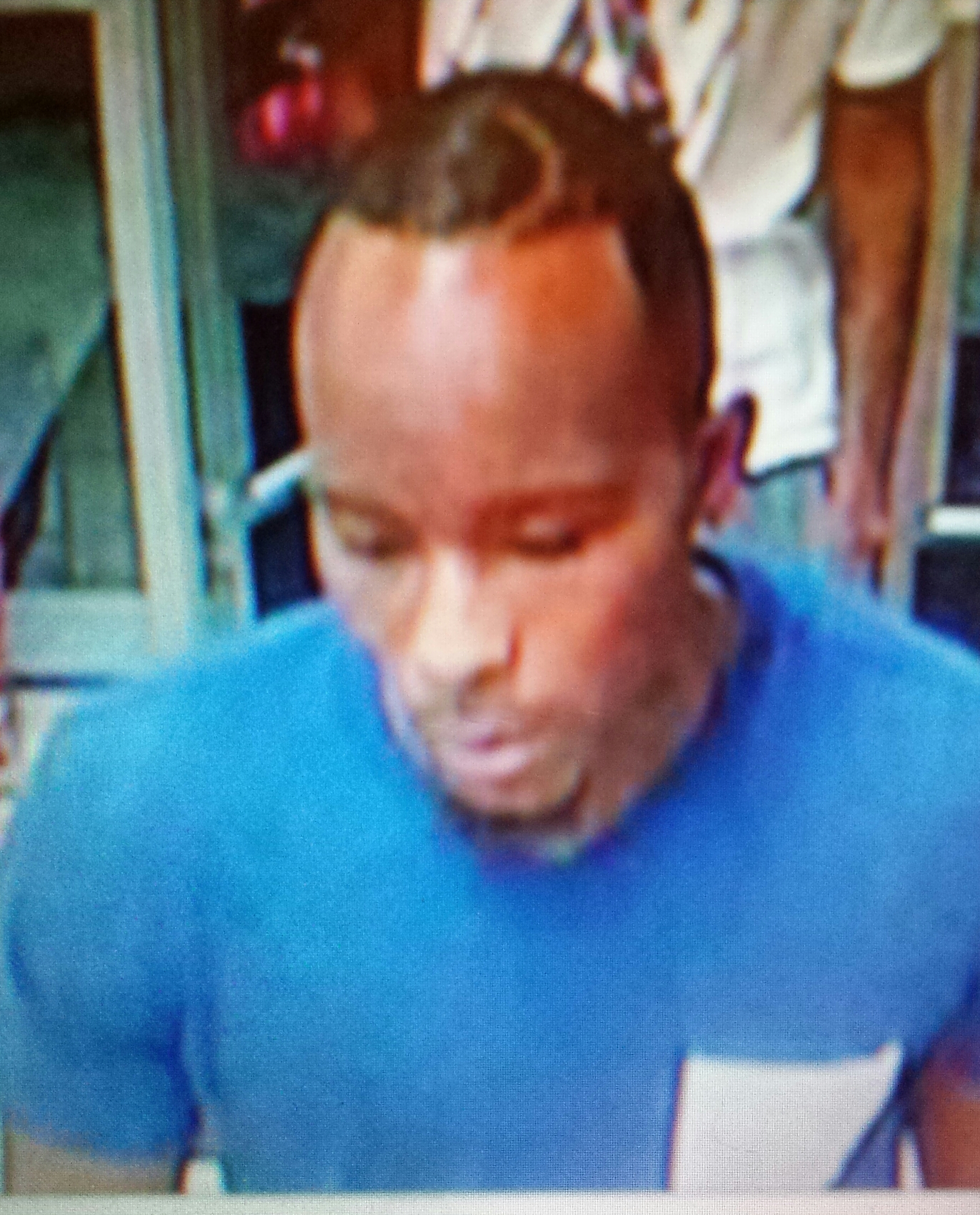 Update: Police have identified Keith Tyrone Sykes as the suspect in the car break-ins. Sykes is a 27-year-old black man, 6 feet tall and 165 pounds with brown eyes and black hair.

Newport News, Va. – Police are have released new photos of a man they believe is behind a rash of car break-ins near the shipyard.

The photos show the man using a credit card stolen from one of the vehicles at a local business.

The vehicles were either left unlocked or had their windows partially rolled down due to the heat.

The suspect is described as a black man, about 24-30 years old who is about 6 feet tall. He has a scar on the top of his head and a partial goatee/facial hair on his chin.  He was last seen driving a silver 4-door Nissan Maxima or Infinity G35.

Anyone who can help identify him is asked to call Newport News Crime Line at 1-888-LOCK-U-UP. Callers may remain totally anonymous, will never have to testify in court, and could earn a cash reward of up to $1000 if the information they provide leads to an arrest. Tips may also be provided online at nocrime@nngov.com.