UPDATE: Police release details about person of interest in disappearance of Hannah Graham

CHARLOTTESVILLE, Virginia (CNN) – Investigators have pieced together the movements of a missing University of Virginia student the night she went missing, with the police chief saying Friday they believe she got into a car with a man.

Charlottesville Police Chief Timothy Longo stopped short of calling the man a suspect in the disappearance of Hannah Graham, saying he was still considered “a person of interest.”

“Let me just say this, we are interested in him,” Longo told reporters during a news conference.

Graham, 18, was last seen early Saturday morning in an area of Charlottesville known as the downtown mall.

At one point, she was seen with a man going into a bar, where he ordered a drink, Longo said. They were then seen leaving the bar together.

Investigators also know the man drove away from the area in a burnt orange 1998 Chrysler coupe that was parked near the bar, Longo said.

The details were released just hours after authorities searched an apartment and a car belonging to the man.

“Is he in custody? No,” Longo said. “…Was there probable cause to arrest him? No.” 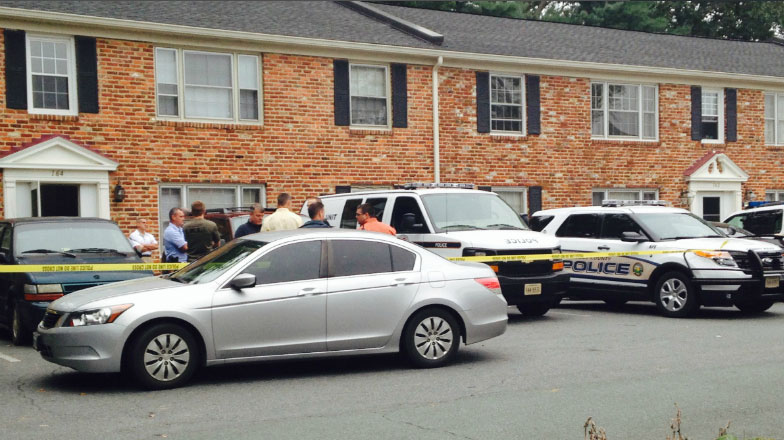 Longo declined to say what investigators seized during the searches.

Investigators are offering a $50,000 reward for “information leading to the cause” of her disappearance, police said.

Graham, a sophomore, is described as a straight-A student and an accomplished athlete from northern Virginia. She’s about 5-foot-11 with blue eyes, light brown hair and freckles, the university said in a release asking for tips about the teen’s disappearance.

Graham left a dinner with a group of friends around 11 p.m. last Friday. Around 1:20 a.m. Saturday, she sent a text to friends saying she was lost, CNN affiliate WTVR reported.

Police believe she may have been under the influence of alcohol, Longo has said, and may have been vulnerable or unable to defend herself.

Her parents attended a candlelight vigil Thursday night organized by students, which the couple described as “extremely moving.”

“We were comforted by the evident high esteem in which our cherished daughter is held by her many friends at the University of Virginia and beyond,” John and Sue Graham said in a statement. “We continue to be optimistic that Hannah will soon be returned safely to us.”

The police chief said he has not given up hope Graham will be found. “I will always be hopeful until we find Hannah,” he said.

Graham’s parents haven’t given up hope either, he said. “They are hurt. They are concerned. They are frustrated,” he said. “But not for one second have I discerned that they have ever lost hope they will find their daughter.”

If you have information that could help investigators, call the special Hannah Graham tip line at 434-295-3851.