NASA Langley has signed a one-year agreement with the U.S. Fish and Wildlife Service to test the drone as a way to check for brush or forest fires.

The research is part of the NASA Aeronautics Research Mission Directorate's UAS Integration in the National Airspace System (NAS) project.

Research lead Mike Logan, who also happens to live due north of the swamp, came up with the idea after a forest fire in 2011 that lasted almost four months. Smoke from that fire, which was caused by a lightning strike, traveled all the way to Maryland and cost more than $10 million to put out. That was only three years after another $10 million blaze in 2008, according to the Fish and Wildlife Service.

"I made a phone call to the local fire captain after inhaling days of peat bog smoke," said Logan. "I learned most fires are caused by lightning strikes and the only way they can spot them is by hiring an aircraft to do an aerial survey of the huge swamp. So I figured why not use a UAV or drone as a fire detector?"

"The agency is hoping to see a significant decrease in cost to survey the Great Dismal Swamp as well as a reduction in time to detect nascent fires, which could potentially save millions of dollars to the taxpayer in firefighting costs," he added. 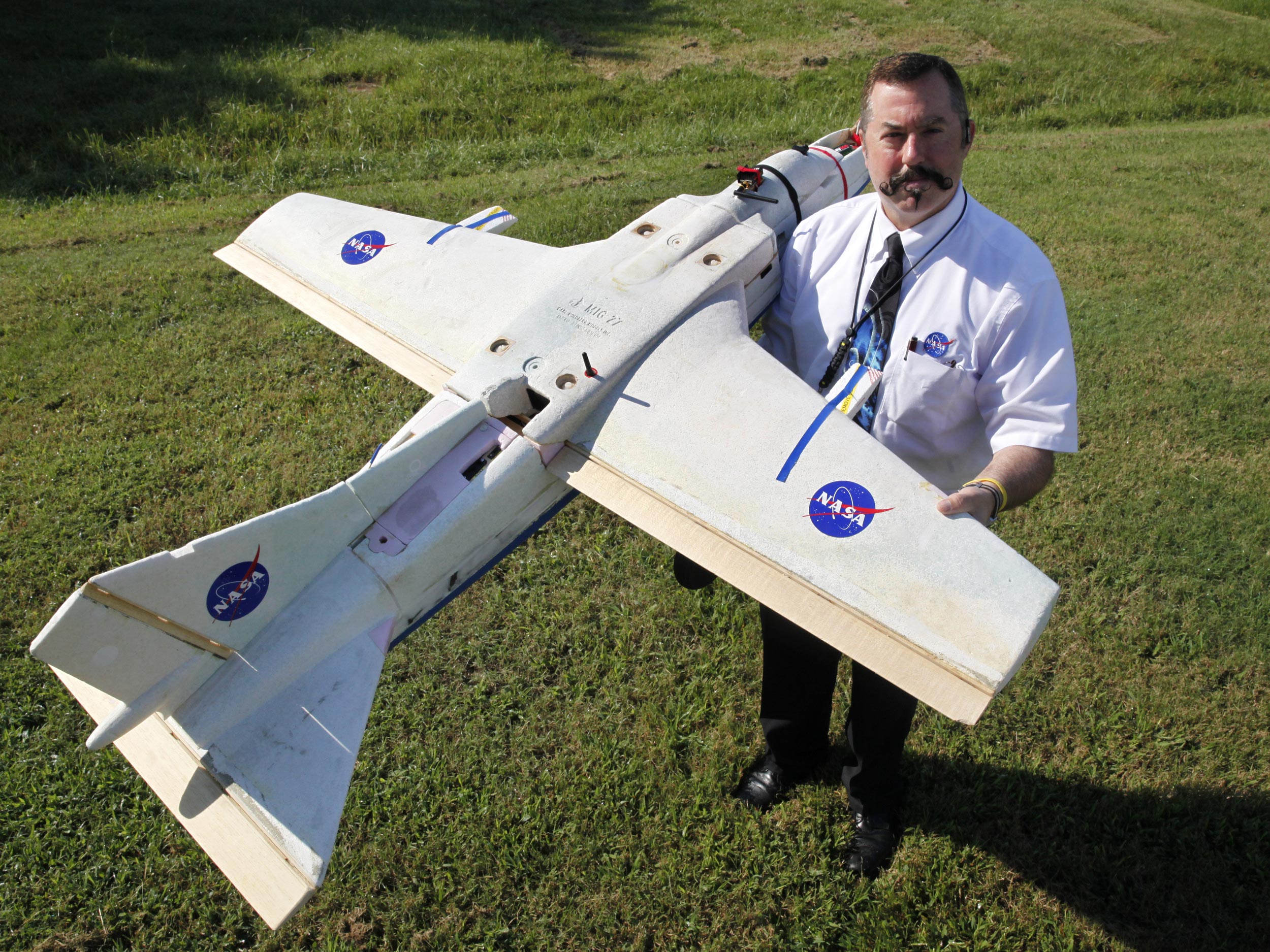 After approval from the Federal Aviation Administration, NASA Langley plans to fly a lightweight former U.S. Army target drone equipped with cameras and transmitters over the wildlife refuge.

"One is an out-of-the-nose camera that can see smoke plumes as they are rising," said Logan. "The other is an infrared camera housed in the body of the plane that points down. It can find hot spots by detecting heat signatures."

The unmanned aircraft can fly as fast as 40 miles an hour, but will go slower so the person on the ground watching the video can better see what is happening. Those transmissions can be viewed on a laptop computer in a mobile ground station.

Logan says the drone, which weighs about 15 pounds and has an almost six-foot wingspan, has a range of about eight miles and can stay aloft as long as an hour before the batteries need recharging. The aircraft can be programmed to fly on its own, but a safety pilot will monitor operations during the tests.

"This kind of application for unmanned aerial systems shows just one public benefit," said Dave Hinton, the NASA Langley associate director for UAS technologies and applications. "They can be used to detect fires or locate people who are lost. The staff at the Great Dismal Swamp says they could also be helpful in natural resources applications."