Will FootGolf be the next big thing?

(CNN) — The foursome of chirpy college students warmed up in the River Ridge course tee box, focusing on loosening their legs before taking their first shot on a par-four hole.

Then there was that unmistakable “thump” and a well-struck soccer ball arced toward the first green and its 21-inch diameter hole.

Welcome to the wonderful world of FootGolf, a soccer-golf hybrid played on more than 257 courses in the United States, according to the FootGolf League.

“It’s the same structure as golf, except you are playing with your feet,” said player Connor Bush, wearing soccer cleats and baggy shorts.

Because soccer balls don’t travel as far as golf balls, the FootGolf holes are shorter, averaging 157 yards on the Oxnard, California, course.

While the weekday, 18-hole green fee for traditional golf at River Ridge is $38, the fee for its ball-booting cousin is much less.

The FootGolf green fee at River Ridge is $10 for adults and $5 for children. A soccer ball runs between $15 and $30, and no tees or gloves are needed.

“It’s really not expensive — great when you are on the college budget,” FootGolfer Lloyd Mueller said while juggling his soccer ball between shots.

“It’s a great way to spend 2½ hours with your friends.” 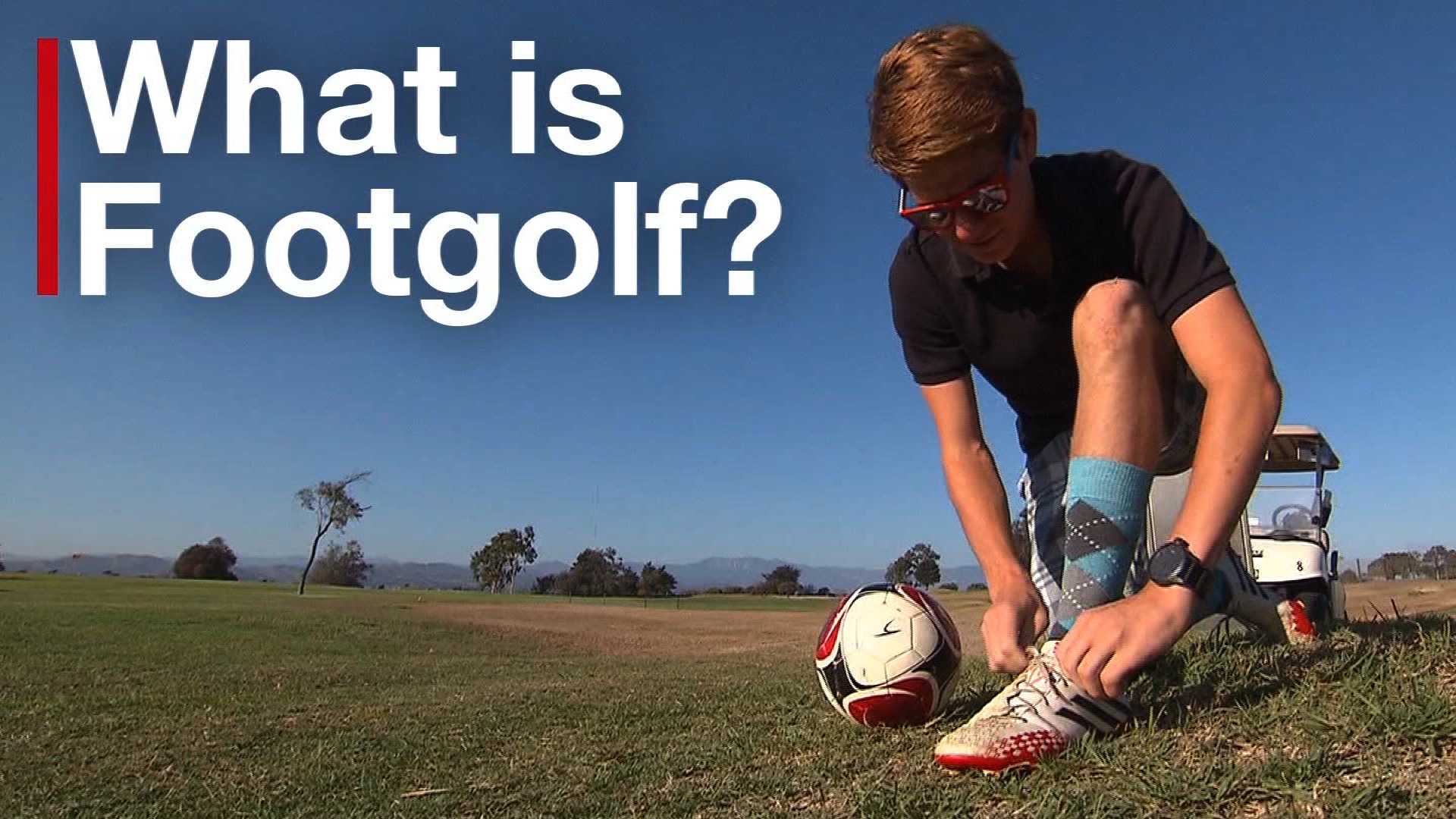 At River Ridge, the FootGolf holes run perpendicular to and weave between regular golf holes, so both traditional and FootGolfers play at the same time.

Frank Victor, a traditional golfer in pants and collared shirt, said the FootGolfers can be a bit of a problem when unsupervised.

“Some are rolling around the sand traps, doing cartwheels, whatever they want,” Victor said.

Footgolfer Alex Ondrejko jumped up and clicked his heels like a merry leprechaun after kicking in a shot from the sand trap to make birdie.

“Chipping out (of sand) you are not allowed a walk-up approach,” Ondrejko explained. “You just take one step and knock it out.”

When word came that FootGolf might soon invade the River Ridge golf course, Susan Sipes, the head professional, was uncomfortable.

“I thought it was a really crazy idea,” Sipes said. “Traditional golfers have had a hard time accepting this new course on their golf course. But it’s kind of like when the skiers had to take on the snowboarders.”

The FootGolfers represent a toehold on a new revenue opportunity in the shrinking golf business.

There has been a net reduction of 643 golf courses in the United States since 2006 because of closures, according to the National Golf Foundation.

“At first, a lot of other golf courses, I’d hear them kind of teasing me about having FootGolf,” Sipes said. “Now they are all asking me about it. How do they get it? It’s growing like wildfire.”

It’s an inferno with its own rules and regulations, laws and language.

As Seybold’s crushed first-tee shot landed and headed toward what he called the “sidewalk,” he held his head and grunted.

The soccer ball rolled on the pavement hopelessly away from the hole, dooming Seybold to a double bogie.

That’s two over par, an agonizing score to both the club swingers and the new era kickers at River Ridge.