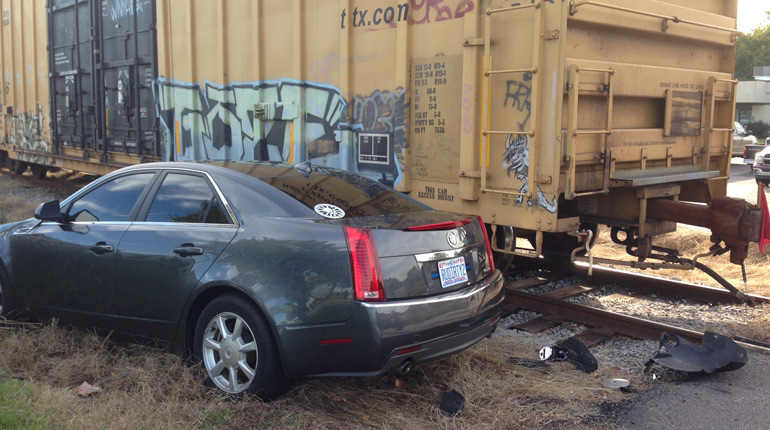 Norfolk, Va. – A train struck a car trying to cross the railroad tracks in the 1500 block Pritchard Street, just south of Miller Store Road this morning.

The 4-door Cadillac was traveling southbound on Pritchard Street and attempted to cross the railroad tracks when an eastbound Bay Coast Railroad train collided with it around 8:45am, according to police.

The man driving the Cadillac was treated on the scene for non-life threatening injuries.

No other injuries were reported. Police are currently investigating the accident.

No charges have been filed.