UPDATE: Police say they have now captured the man they believe slammed into a Franklin school bus and left the scene.

He has been charged with grand larceny because police say the vehicle he was driving was stolen, hit and run person injury, reckless driving and driving while suspended.

He is now at Western Tidewater Regional Jail without bond.

Suffolk, Va. - A Franklin Public Schools bus has been involved in a crash in Suffolk, NewsChannel 3 has learned. The driver of the car ran away from the scene.

It happened in the 2200 block of East Washington Street, according to Suffolk officials. That's in front of Hoffler Apartments.

Emergency Communications received the call at 6:41 a.m. The caller reported a head-on collision involving the bus and a 4-door Nissan, gray in color. The driver of the Nissan fled on foot immediately following the accident, police say.

"I just heard a loud boom and I got up, came to my front porch and i seen all the commotion, so when i came down here there was a bus parked diagonally across the street this way and there was a car looking as if it had t-boned it," said Donovan Madison, who lives nearby.

Nine students were on board at the time of the crash; officials say the bus was transporting students to the SECEP program at John F. Kennedy Middle School.

All of the involved occupants received emergency medical assessment by Suffolk Fire & Rescue personnel. No students were injured. The bus driver and bus monitor went to the hospital, but were released shortly after 10 a.m., according to Franklin City Schools.

"The kids were okay, probably just a little shook up from all the commotion first thing in the morning before school," said Madison.

The road was shutdown for more than an hour as investigators pieced together what happened. The scene is now clear.

Stay with NewsChannel 3 for more details as they become available. 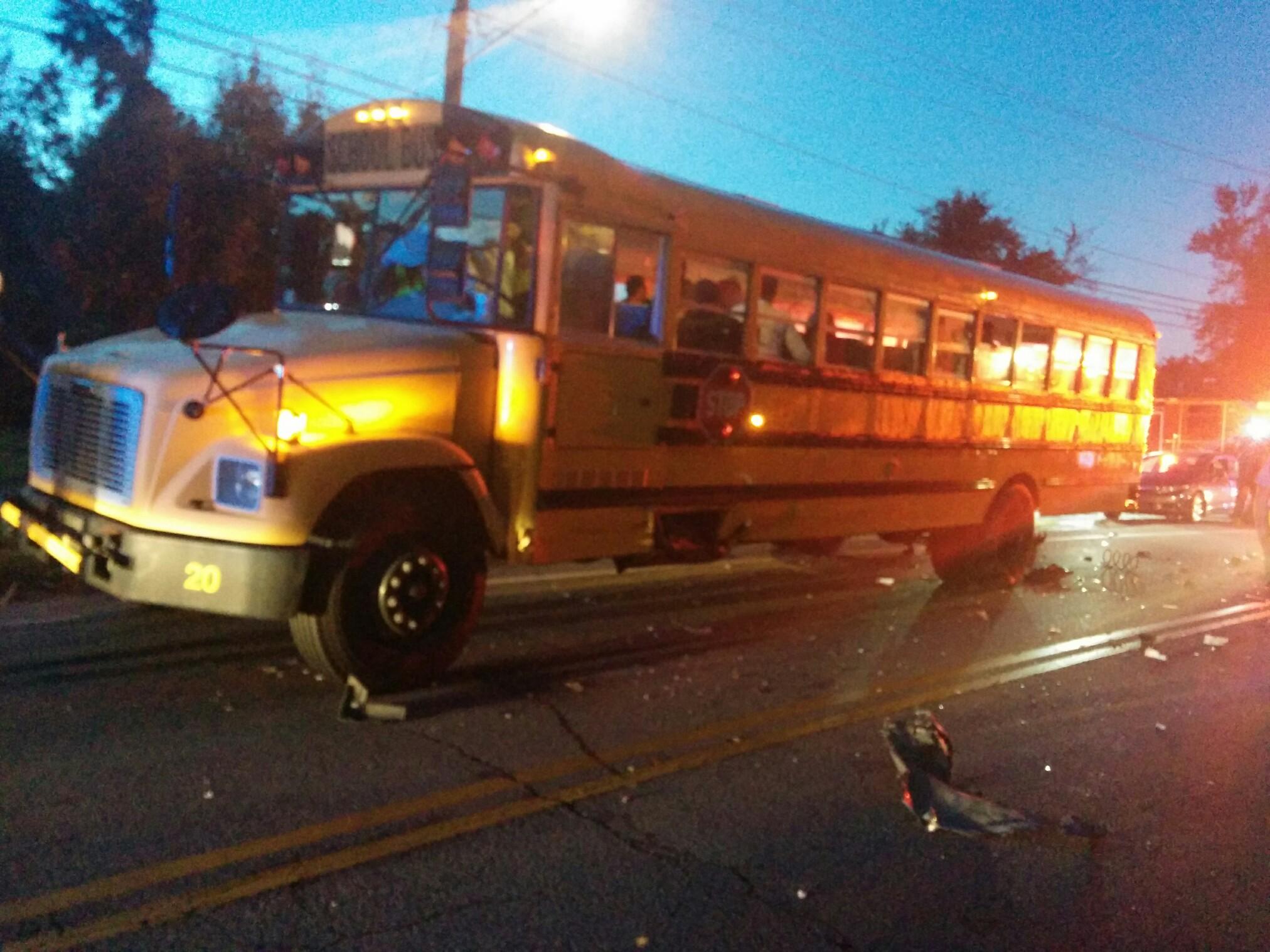