(CNN) — Car safety testing has come a long way since the days of dropping cadavers down unused elevator shafts in the 1930s.

That we enjoy greater peace of mind on the road — with fatal accidents in the US at historic lows — is largely due to the evolution of crash test dummies. Vehicle manufacturers must prove their safety wi dummies before they can be legally sold in the US and Europe, and these unsung heroes have developed into extraordinarily sophisticated tools for collecting data and assessing risk.

“The newest dummies can have over 130 channels of information,” says Chris O’ Connor, CEO of Humanetics, the world’s leading producer of dummies. “So the amount of data is up four or five times what it could years ago.”

Humanetics work with insurance and academic institutions to analyze the ever-increasing data. This allows them to establish and prioritize the most common injuries, but also the most common victims.

“Obese people are 78% more likely to die in a crash,” says O’ Connor. “The reason is the way we get fat. We get fat in our middle range. And we get out of position in a typical seat.” 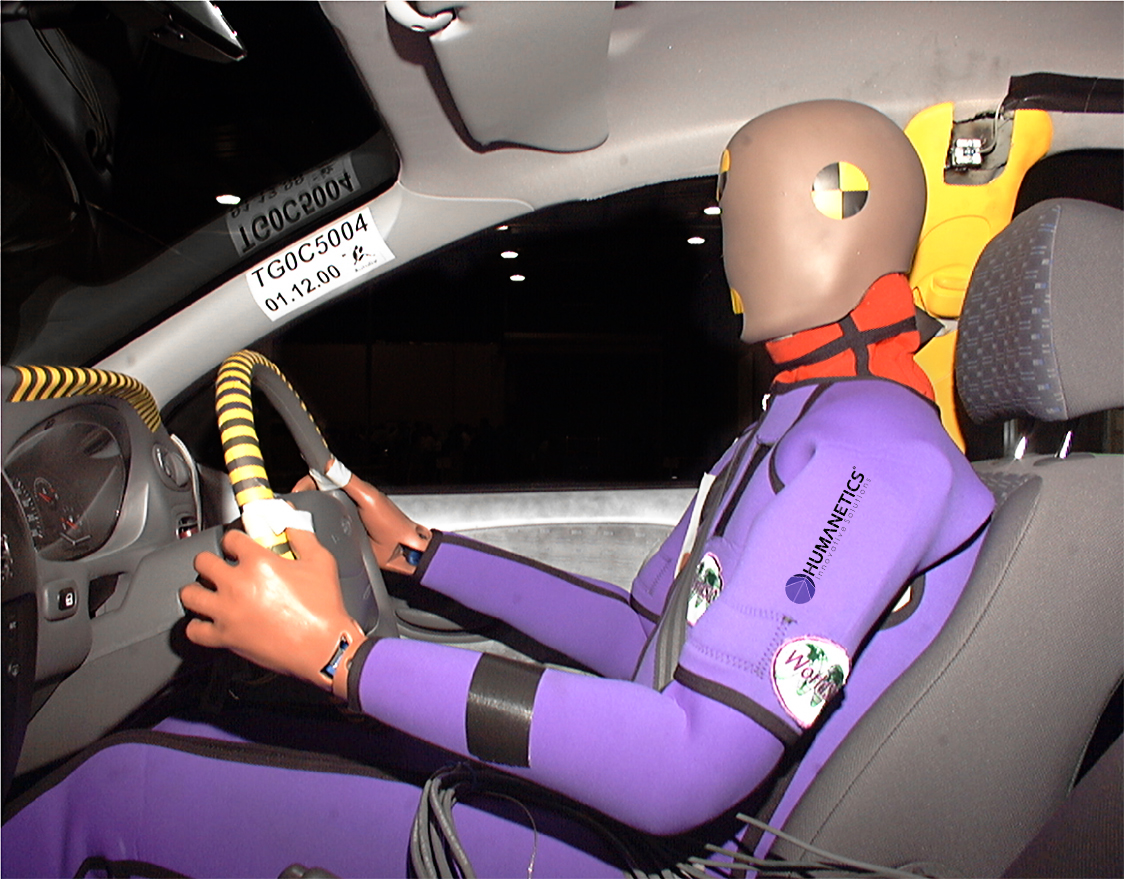 To accommodate the increasing numbers of overweight drivers, Humanetics are developing an obese dummy. One prototype has already been produced that weighs 273 pounds with a body mass index of 35.

The analytics also reveal that risk of a serious injury increases by 20% in 50-year-old drivers, by 40% at 80, and steadily higher thereafter. Replicating age in a dummy is an ongoing challenge, but the company hope to have a prototype by 2015.

Humanetics are also rolling out their next generation THOR (Test device for Human Occupant Restraint) for median range occupants, with the most advanced sensitivity yet.

“The idea of these new dummies that they start to measure new types of load, (such as) shoulder loads, they interact with restraints better,” says Dr. Joel Stitzel, director of the Center for Injury Biomechanics. “They have more measurement capabilities, so they can do a better job of predicting injury.”

But Stitzel believes the time-honored crash test dummy could be challenged by a new concept.

“The way the industry is going is more towards computational modelling. THOR is the future of dummy development, but auto manufacturers are looking to develop virtual scenarios they can run on computers…which allow them to look at more specific anatomy.”

“It allows manufacturers to see things that dummies can’t tell them, and they can more easily modify virtual models, such as adding subcutaneous fat to simulate larger people.”

Such systems are already being tested in Europe. While the new model would require a significant initial outlay, the value increases with each use, relative to dummies that can cost $500,000 each in addition to writing off expensive vehicles.