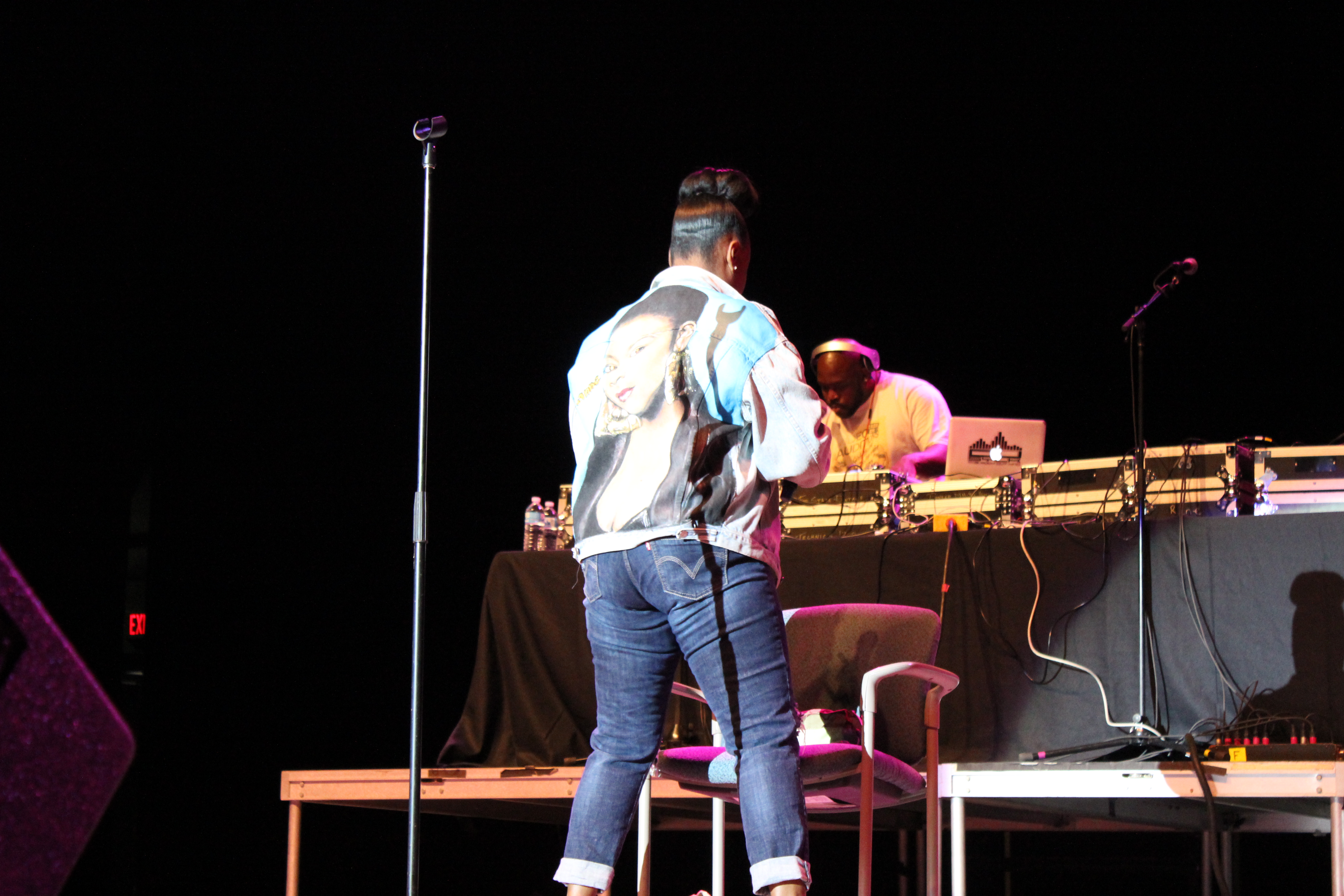 Portsmouth, Va. – There’s a reason why he’s called the world’s greatest entertainer, and old school hip hop fans were in for a treat on Friday night as Doug E. Fresh and others lit up the stage with their timeless hits during Fresh Fest III at the nTelos Wireless Pavilion.

The first to hit the stage was one of the first female pioneers of rap, Roxanne Shante, who started her career at just 14. She performed one of her famous hits, “Roxanne’s Revenge,” which was an answer to the group U.T.F.O’s previously recorded song, “Roxanne, Roxanne.”

When “Roxanne’s Revenge” was originally released, it caused a stir within the rap community, and Roxanne Shaunte reminisced with fans about that era and what it was like during the time she produced the record. She was used to battling other MCs with her rap skills, but Roxanne revealed to the audience that she’d been engaged in another battle–one with breast cancer that she fought and won.

Next on the mic was Dres, half of the hip-hop duo Black Sheep. They were famous for hits including “The Choice is Yours,” and “Flavor of the Month,” which were released in the early 90s.

Kool Moe Dee also hit the stage and took fans back with his classic “How You Like Me Now,” and “Wild Wild West.”

Rakim, who is considered by many as one of the greatest MCs of all time, ignited hip hop fans with lyrical powerhouses such as “I Aint’ No Joke,” “Paid in Full,” and “Juice.”

Finally the original human beatbox himself Doug E. Fresh graced the stage and members of the audience hopped to their feet and rapped along. He started his performance by leading fans back in time with an old school medley before transitioning into popular theme songs from classic sitcoms including “Good Times,” “The Jeffersons,” “Sanford and Son,” and “Cheers.”  He then showed hip hop aficionados why he remains one of the greatest beatboxers of all time. He had fans in awe as he skillfully played the harmonica and beatboxed simultaneously. Towards the end of his performance, he wowed the crowd once again as he held a particular set of beats for well over two minutes.