Brittany Maynard, the terminally ill woman who plans to take her own life November 1, has checked the last item off her bucket list.

“The Canyon was breathtakingly beautiful,” she wrote on her website, “and I was able to enjoy my time with the two things I love most: my family and nature.”

Photos showed her and her husband standing on the edge of the canyon, hugging and kissing.

But her cancer reasserted itself. 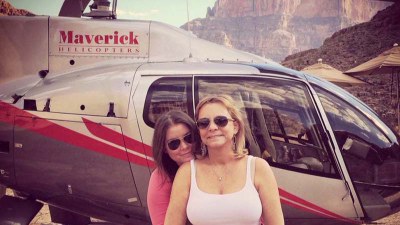 “Severe headaches and neck pain are never far away, and unfortunately the next morning I had my worst seizure thus far,” she wrote on her website. “My speech was paralyzed for quite a while after I regained consciousness, and the feeling of fatigue continued for the rest of the day.”

Maynard, 29, had been married a year when she discovered she had an aggressive brain cancer.

Last April, doctors said she had six months to live. She considered dying in a hospice, she wrote in an op-ed piece for CNN.

“I quickly decided that death with dignity was the best option for me and my family,” she wrote for CNN. “We had to uproot from California to Oregon, because Oregon is one of only five states where death with dignity is authorized.”

Maynard posted YouTube videos in which she and family members talked about her decision and supported an expansion of assisted suicide laws. She started an organization, Compassion and Choices, to promote that idea.

“My dream is that every terminally ill American has access to the choice to die on their own terms with dignity,” she wrote on her website.