‘Adopt-A-Senior-Pet Month’ roots for the underdogs

(CNN) — It’s been said time and again that you can’t teach an old dog new tricks, but what about giving one a new lease on life?

Animal rights organizations like the ASPCA and shelters nationwide have taken to observing November as Adopt-A-Senior-Pet Month. To mark that occasion, some of the top senior pooches on social media are taking the cause into their own hands … er, paws. 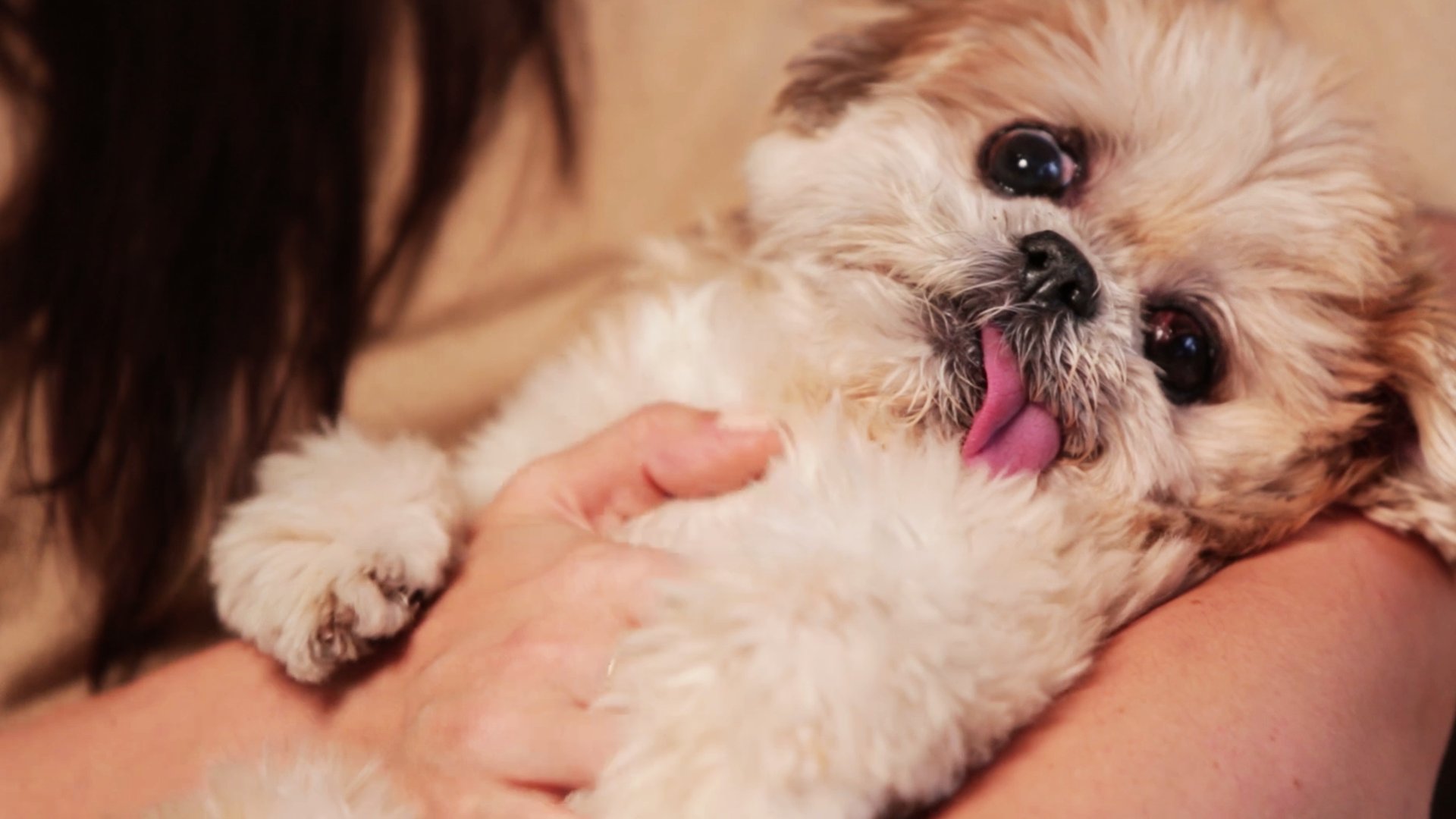 Within the past year, Marnie has grown into an Internet superstar, with more than 500,000 Instagram followers and considerable audiences on both Twitter and Tumblr.

But before she was Marnie, rubbing elbows in the bright lights of New York City with celebrities like James Franco and Tina Fey, she was “Stinky,” a smelly, matted dog found roaming the streets of a small Connecticut town.

The same year that Stinky found herself in a shelter, Manhattanite Shirley Braha had turned 30 and admittedly felt a little lonely. She always knew she wanted a dog, despite growing up in a family without one, and wanted to adopt rather than buy, so she turned to the adoption site PetFinder.com.

“I never owned a dog before and I didn’t know what the heck I was doing,” Braha says.

She also knew a puppy might be too overwhelming, so she narrowed it down to browsing for dogs in their golden years.

In her search, she stumbled across a tiny picture of a dog who leaned slightly to the left with its tongue lolling out. Something tugged at Braha about ol’ Stinky, she told CNN. She made the trek from Manhattan, took Stinky home and renamed her after one of her favorite singers, Marnie Stern.

But Braha says those first days of dog ownership were not quite as seamless as she might have expected. Marnie had intestinal parasites, and a grayed out eye, which the vet said she would never see out of again. Her tilted head was the result of a bout of vestibular syndrome, which can affect a dog’s equilibrium.

“When I first got her, I didn’t know if this dog was going to live more than a couple of weeks,” Braha says. “I kind of recalibrated my expectations that this dog could possibly be dying and it’s my job to comfort it in its last days.”

But Marnie pulled through and now lives a rather extraordinary life in her forever home (she can see out of both eyes and her head tilt is a beloved signature, to boot). Braha says she initially created an Instagram account just for Marnie so she didn’t bombard her friends with too many dog pictures. She never imagined people outside her social circle would embrace Marnie the way they have.

“I think she’s cute, but I just hoped people wouldn’t think my dog is gross,” Braha joked with CNN. “Now, sometimes people start shaking as if they’re meeting an actual celebrity.” And celebrities now even reach out to her for an encounter.

Braha says making an environment where Marnie feels safe and comfortable has helped the pooch’s personality shine — so much so that Braha has since quit her job in TV production and manages Marnie’s social media full-time.

“I love having her with me, but I do it for her,” she says. “She HATES being alone. She enjoys seeing the world, living life, seeing new places and meeting new people.”

A chance picture turned into a second chance

Susie is another lucky senior dog whose owner has harnessed the power of the Internet.

Erin O’Sullivan owns the 15-year-old chihuahua mix, along with her boyfriend Brandon Stanton.

Susie came into their care when Stanton, who runs the wildly successful blog-turned-book Humans of New York, took a picture of Susie sitting on a stoop in his neighborhood. A few days later, the owner saw Stanton in the street and asked him if he would like to adopt her due to the owner’s financial hardship and a new marriage. Stanton couldn’t turn down the tiny stoop-sitting dog with a mohawk.

As with any pet owner, they started posting pictures online but soon decided there could be something bigger here.

O’Sullivan has since started the site Susie’s Senior Dogs, where she posts photos of older dogs from around the country who desperately need to be adopted.

Since March 2014, roughly 200 dogs have been adopted via Susie’s Senior Dogs — and that’s not counting the numerous emails from viewers who said they adopted a senior dog in their nearby shelter because of the initiative.

O’Sullivan says that there is a misconception about senior canines, that something is wrong with them or they’re on their deathbed. Time with a senior dog may be limited, but sharing life with any dog is precious, she says.

“No matter if you have a dog for five months or five years or 15 years, you’re always going to want more time with them.”