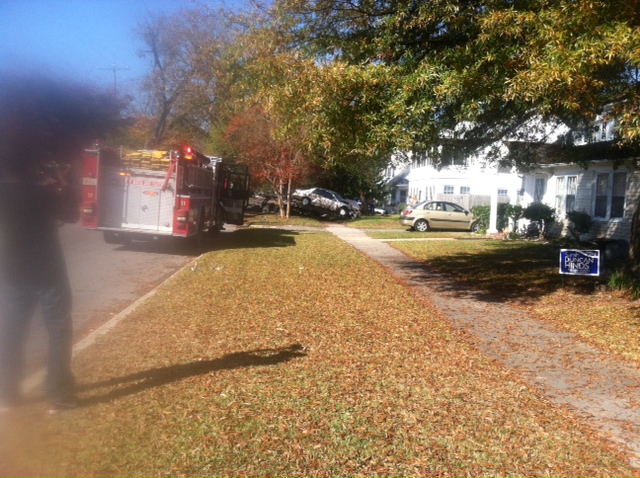 Portsmouth, Va. – A car crashed into a Portsmouth home on Wednesday, according to Portsmouth police.

The call came in at 10:26 a.m. Crews responded to Afton Parkway and Aylwin Road. Police say a woman driving a tan Toyota was heading south on Afton Parkway, when a maroon Chrysler Town and Country was coming from an opposite direction on Aylwin Road. The adult male driver of the van was not able to stop, police say, and he hit the Toyota, causing her to hit the side of a house on Afton Parkway.

No one inside the home was injured. The woman driving the Toyota was complaining of pains due to airbag deployment, she was transported to a local hospital. The driver of the Town and Country was issued a summons for no license and faulty equipment.

The house was not condemned, although fire officials are reporting damage to the home.