‘We landed twice’: Philae comet probe may have bounced after harpoon failure 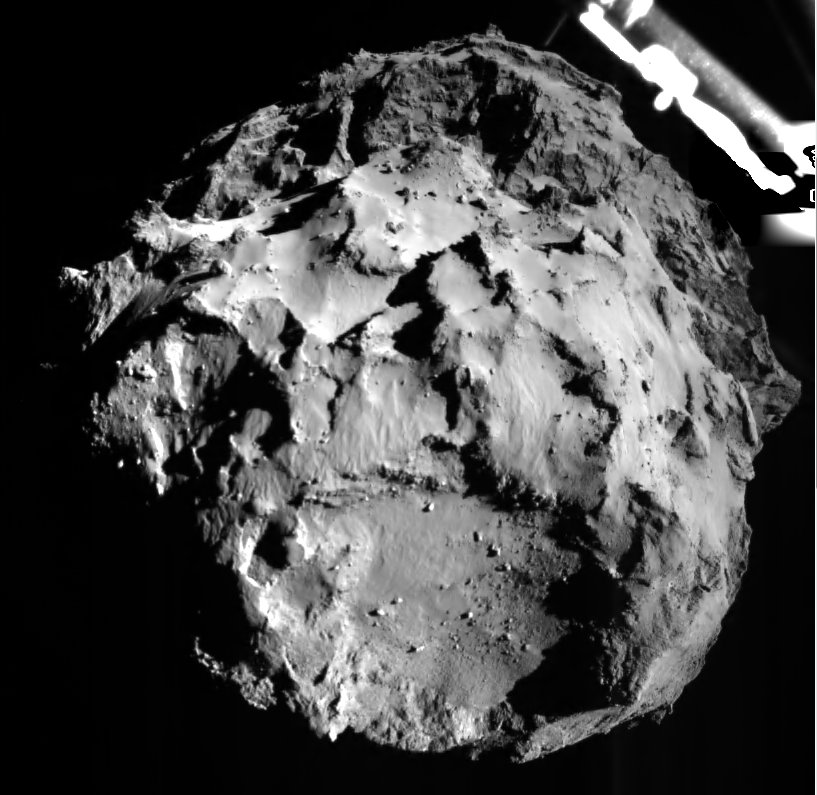 LONDON (CNN) — Imagination became reality Wednesday when a mechanical space traveler called the Philae probe plunked down on its target, a comet with a much less romantic name — 67P — some 310 million miles from Earth.

European Space Agency scientists and executives high-fived and hugged each other when the landing was confirmed. Spacecraft have crashed into comets before, but this is the first soft, or controlled landing, in history.

Later, ESA said there was a glitch.

“So maybe we didn’t land once — we landed twice,” Philae lander manager Stephan Ulamec said. “Did we land in a soft sand box or is there something else happening? We don’t fully understand what happened.”

I’m on the surface but my harpoons did not fire. My team is hard at work now trying to determine why. #CometLanding

‘A place in the history books’

“Our ambitious Rosetta mission has secured a place in the history books: not only is it the first to rendezvous with and orbit a comet, but it is now also the first to deliver a lander to a comet’s surface,” Jean-Jacques Dordain, ESA’s director general, said in an article posted on the ESA website.

Many people, and not just the ones who work for ESA, are excited about what kind of information Philae will deliver.

“Rosetta is trying to answer the very big questions about the history of our Solar System,” Matt Taylor, ESA Rosetta project scientist, said in the article on the ESA website. “What were the conditions like at its infancy and how did it evolve? What role did comets play in this evolution? How do comets work?”

And science fiction writer Alastair Reynolds said: “This is science fiction made real in terms of the achievement of the mission itself, but Rosetta is also taking us a step closer to answering science fiction’s grandest question of all: Are we alone?”

Rosetta took off from Earth 10 years ago carrying Philae and traveled 6.4 billion miles before arriving in early August at the comet.

The Philae lander separated from the mother ship Rosetta around 3:30 a.m. ET Wednesday and landed on the comet seven hours later.

ESA lander system engineer Laurence O’Rourke told CNN that the orbiter Rosetta had to be in the right position to allow the lander craft, which had no thrusters, to “free fall” on the correct trajectory so it landed on the comet.

The lander weighs about 220 pounds and is the size of a domestic washing machine. The target comet is only four kilometers, or 2.5 miles, in diameter.

On top of that, Comet 67P has weak gravity, a fact that apparently affected the firing of the anchoring harpoons, ESA said.

Shortly after landing was confirmed, the probe tweeted: “Touchdown! My new address: 67P!” Later, it tweeted again: “I’m on the surface but my harpoons did not fire.”

The mission has historic allusions.

The spaceship is named after the Rosetta Stone, an inscribed piece of volcanic rock found in Egypt in 1799 that that allowed scientists to decipher hieroglyphics and thus understand the ancient Egyptian culture, ESA said. The lander is named after an island in the Nile River where an obelisk was found that helped decipher the Rosetta Stone, ESA said.

Led by ESA with a consortium of partners including NASA, scientists on the Rosetta comet-chasing mission hope to learn more about the composition of comets and how they interact with the solar wind — high energy particles blasted into space by the sun.

The comet is currently 500 million kilometers (310 million miles) from Earth and pictures from the Rosetta mission to track it on its orbit around the sun have amazed scientists.

An array of experiments

Philae is equipped with an array of experiments to photograph and test the surface of Comet 67P as well as to find out what happens when the roasting effect of the sun drives off gas and dust.

Built by a European consortium, led by the German Aerospace Research Institute (DLR), the landing probe has nine experiments.

It’s me… landing on a comet & feeling good! MT @ESA_Rosetta: I see you too! #CometLanding pic.twitter.com/DjU0J1Ey4H

According to details on ESA’s Rosetta website, sensors on the lander will measure the density and thermal properties of the surface, gas analyzers will help to detect and identify any complex organic chemicals that might be present, while other tests will measure the magnetic field and interaction between the comet and solar wind.

Philae also carries a drill that can drive 20 centimeters (8 inches) into the comet and deliver material to its onboard ovens for testing.

Scientists are already pleased with progress of the mission.

ESA project scientist Matt Taylor said: “The orbiter will remain alongside the comet for over a year, watching it grow in activity as it approaches the sun, getting to within 180 million kilometers (112 million miles) in summer next year, when the comet will be expelling hundreds of kilograms of material every second.”

“It’s got an awesome profile — the adventure of the decade-long journey necessary to capture its prey, flying past the Earth, Mars and two asteroids on the way,” NASA’s chief scientist, Ellen Stofan, told CNN: “No one has ever gotten data like Rosetta has gotten. No one has ever been able to land on a comet the way Philae just did.”