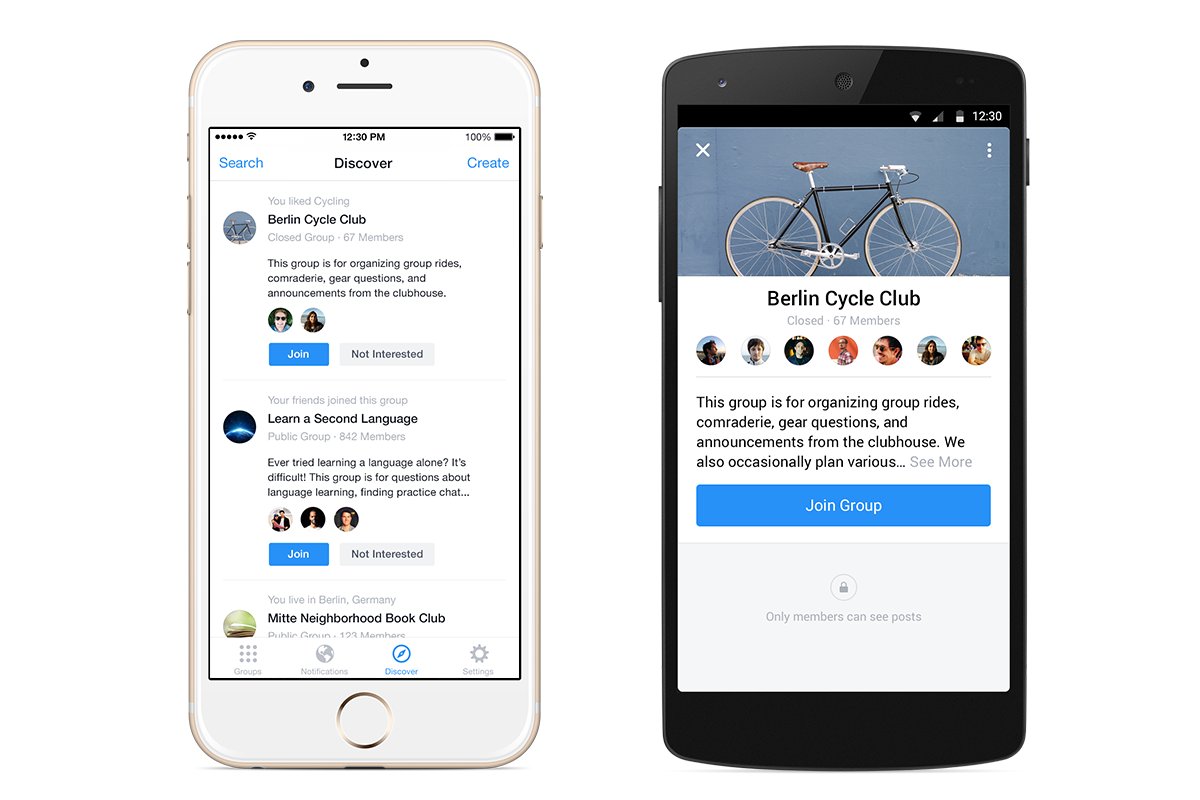 (CNN) — One of Facebook’s more popular, less attractive features is getting its very own app.

The social network is launching Facebook Groups, a standalone app for reading and posting to groups.

More than 700 million people check a group on Facebook every month, and the company says hundreds of thousands of groups have been created since the feature was introduced four years ago. However, posting to a group takes a bit of digging right now, especially on a mobile device.

“The current experience is relatively buried for people who want to get to it today,” said Shirley Sun, the product manager for Groups.

A new app, available for iOS and Android devices on Tuesday, is meant to make accessing groups easier, faster and more visually pleasing. It’s especially useful for the power-users who check multiple groups every day (whom Sun says sometimes call themselves “groupies”).

There are groups for every size and topic. Some are secret, others open to the public. Family members, close friends, school groups, neighbors and even couples use groups to stay in touch, share photos and coordinate events. Larger groups bring people together to discuss a shared interest or hobby, like toy collecting, being a new parent or a love of dim sum. There are groups for herpetologists, people with speech impediments and people who work in technology who also own small white dogs.

Facebook Groups competitors include Google Plus communities, and the older Google Groups and Yahoo Groups. Even LinkedIn has a groups feature.

The new app updates the look of Groups, but its core features are largely unchanged. Additional features include unread counts and the ability to share a group. The most useful new feature is the ability to create a shortcut on your smartphone for an individual group.

If you want to join more groups, do a search or go to the discovery tab. It suggests new groups based on your interests, where you live and what groups your friends are in.

“We are not trying to do something sexy for this app. We are really building a simple and unique tool to get things done,” said Sun.

Facebook has been busy pumping out standalone apps recently, some experimental like Rooms and Poke, others more strategic such as Messenger and now Groups.

Though Rooms is also for people coming together over a shared interest, Sun says they are very different products. The key difference is that Rooms doesn’t require your real name and is more for strangers, like chatrooms in 1990s.

For people still upset that Facebook forced them to download the Messenger app, take heart. This is a strictly optional app meant for heavy Facebook group users

Nothing changes on the desktop version of Facebook or in the mobile apps, where groups will continue to exist, look and function the same as always. Any photos, videos and updates posted through the Groups app will still show up in your Facebook news feed.

“This is a very complimentary option,” says Sun.