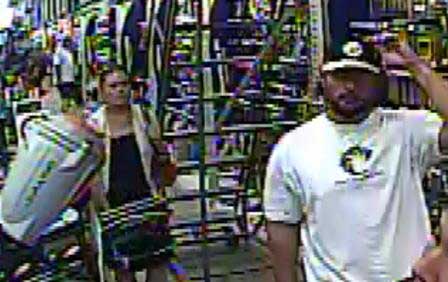 Suffolk, Va. – Have you seen the two people in the photo? If so, police need your help to figure out who they are.

They say the woman in the photograph stole a purse from a senior’s cart at the Walmart on North Main Street in Suffolk. This happened back on July 28th police say.

The purse had a credit card inside that police say was used on the same day just hours after it was stolen.

Police say the suspects in the photos used the credit card at Lowe’s on Victory Blvd.  in Portsmouth.

If you recognize these two individuals, please call the Crime Line at 1-888-LOCK-U-UP. If your tip leads to an arrest, you could earn a cash reward.