A 17-year-old was arrested and charged after being caught attempting to sell a stolen firearm in Kill Devil Hills.

A Bryco Arms Jennings J22 and a Smith & Wesson .38 special revolver were reported stolen from a vehicle during a string of approximately 15 different Breaking & Entering of Motor Vehicle cases in the First Flight Village neighborhood on September 21st, according to the Kill Devil Hills Police Department.

On September 22nd, detectives received information that one of the suspects was attempting to sell the Bryco Arms Jennings J22. 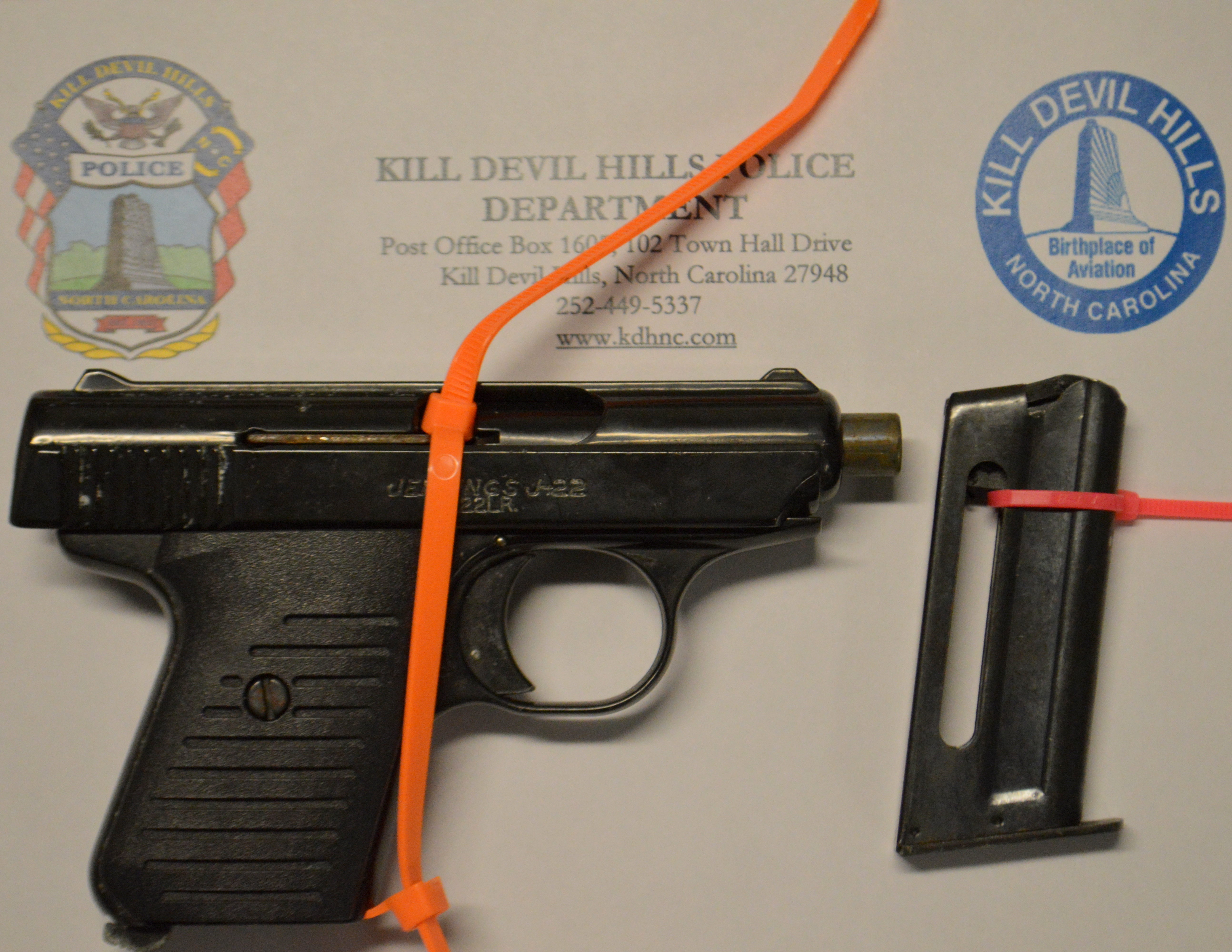 The gun was acquired from the 17-year-old white male suspect through a controlled purchase. He was arrested and charged with Breaking & Entering of a Motor Vehicle, Larceny of a Firearm, and Possession of a Stolen Firearm.

The Smith & Wesson revolver was eventually recovered through an investigation by the Currituck County Sheriff’s Office.

The investigations into the related crimes are ongoing. Other possible suspects have been identified but additional information is needed.

Anyone with information should contact Officer T.A. Doughtie with the Kill Devil Hills Police Department. You can relay information anonymously by calling the Dare Community Crime Line at 800-745-2746.