UPDATE:  Jessica Colleran has been sentenced to four years in prison with three years suspended and nine months suspended in Chesapeake Court, according to court records.

Virginia Beach, Va. - A 22-year-old Virginia Beach woman was arrested on Sunday after police say she fraudulently took a lost dog, listing it on Craigslist and getting caught attempting to sell it.

The owner of the 3-year-old Siberian Husky named Nikita says she escaped from their yard near Taylor Road in Chesapeake on Saturday morning around 10:00 a.m.

But, just when Nikita’s owner started losing hope, he says he found another lead in the search for his beloved pet.

"It blew me away. Until now, I would have never thought anyone would do that,” Josh King said.

Jessica Colleran, 22, of Virginia Beach, is accused of picking up Nikita later that day after she was listed on a "found dog" Craigslist ad. Colleran told the finder of the dog that she was the owner, according to Chesapeake Police.

King says his good friend Eric Simmons spotted that ad on Craigslist. It was posted by a man who says he found the dog off of Taylor Road.

"He said a woman came and claimed her so he gave us all of her information,” King explained.

But, he says when he later found Collaren's ad on Craiglist listing a Siberian Husky for sale, he put two and two together.

He took action and called Colleran pretending to be an interested buyer. He says he agreed to meet her on Sunday in a park in the Cradock area of Portsmouth.

What Colleran didn't know is that Portsmouth Police and Chesapeake Animal Control would also be there.

"She's like no, no the person gave me the dog and she just kept saying that over and over," King described.

King says animal control officers were able to scan Nikita for her microchip and verify she belonged to him.

"She's had a lot of issues like medically. That's what was freaking me out the most," King said.

Colleran was taken into custody and charged with obtaining property under false pretenses. She is currently being held in the Chesapeake Correctional Center.

Since the arrest, more people who claim to be victims of a similar scam run by Colleran are stepping forward. Police are still investigating. 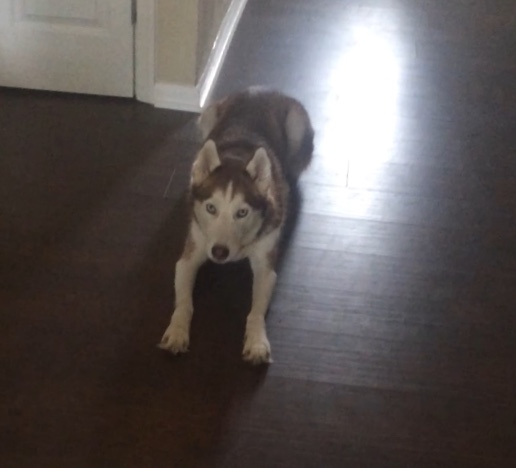