Three people suspected of breaking in, causing $7,000 in damages to Cavalier Hotel

Virginia Beach, Va. - Virginia Beach Police are looking for three people who are suspected of forcing their way into the Cavalier Hotel at 4103 Holly Road and causing over $7,000 in damages.

The hotel is currently undergoing a remodel.

At this time, police say they do not have any more information.

Surveillance video has been released showing the three people walking through what appears to be a hallway inside the hotel.

Anyone with information on the identities of the suspects is asked to call the CrimeLine at 1-888-LOCK-U-UP. 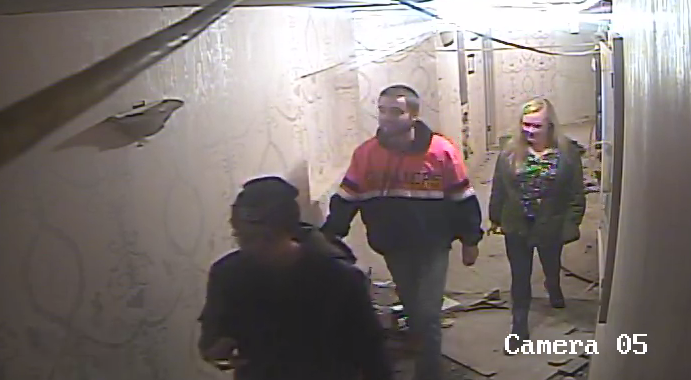