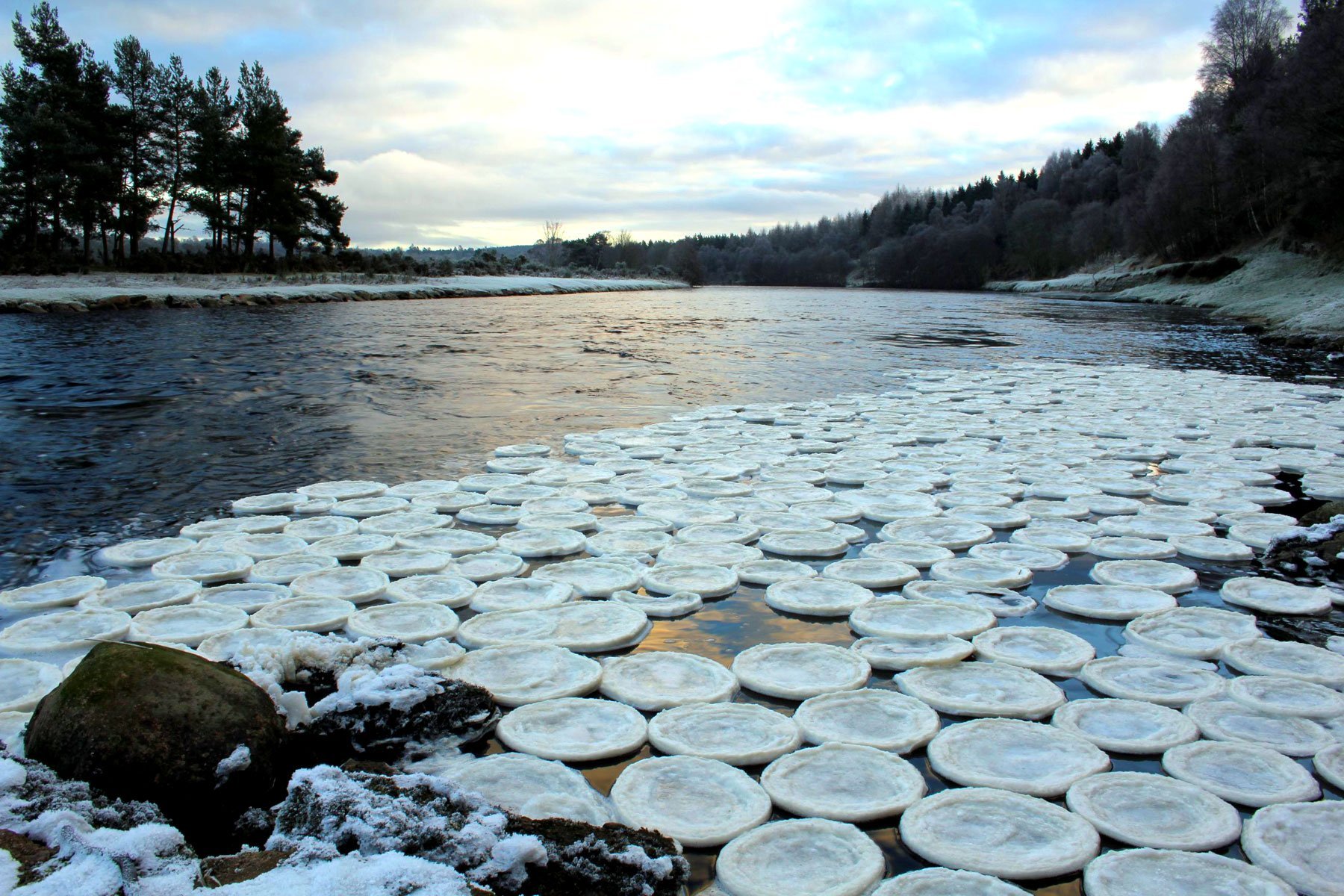 LONDON (CNN) — Here’s another Scottish mystery to file alongside the Loch Ness Monster and Mel Gibson’s accent in “Braveheart.”

These strange frozen saucers were found during a recent cold snap near the River Dee — a salmon-filled waterway that passes by the British Queen’s summer residence, Balmoral Castle, before heading eastwards to the coastal city of Aberdeen.

The trust said it was initially unsure what caused the pancakes, but supects they’re caused by a rare phenomenon in which foam freezes in a swirling eddy.

“Perhaps each disc grew when smaller pieces of unfrozen foam struck the disc, adhered and then froze in place,” it wrote on its website.

“The raised rims are undoubtedly due to the collisions but what about the inner lines?

“The air temperature was colder at night due to the clear-sky conditions but warmer in the day, meaning the discs may have grown at night, then during the day, when the discs softened in the sun, further collisions between the ‘pancakes’ caused the rims to be pushed up.

“The next night further growth would have occurred, followed by a new rim the next day.”

The Trust said it’s the first time the pancakes, more commonly found in the Antarctic or the Baltic Sea, have been seen on the River Dee.