An investigation revealed that two black males armed with handguns and wearing dark hoodies and masks, entered the store and stole the victims' cell phones, keys, wallet, cigarettes and cash.

The 56-year-old male employee was struck in the back of the head with a gun when he was not able to open the safe.

The suspects forced the male employee and a 43-year-old female employee into the freezer before fleeing on foot.

An officer arriving on scene spotted one armed suspect running across Barhamsville Road and dropping items as he ran to a vehicle parked in the woods behind the Shell station on Old Stage Road.

Police looked for a fourth suspect, identified as 19-year-old Donte Devon Nelson, who fled the scene but were unable to locate him. Nelson was taken into custody by James City County Police at approximately 5 p.m. on Dec. 30 without incident.

All four subjects were charged with robbery, 2 counts of abduction, 2 counts of use of a firearm during the commission of a felony, conspiracy to commit robbery and misdemeanor assault & battery. All are being held at the Virginia Peninsula Regional Jail without bond.

The stolen items were recovered, as well as a .380 pistol which was also found to have been stolen in Newport News. 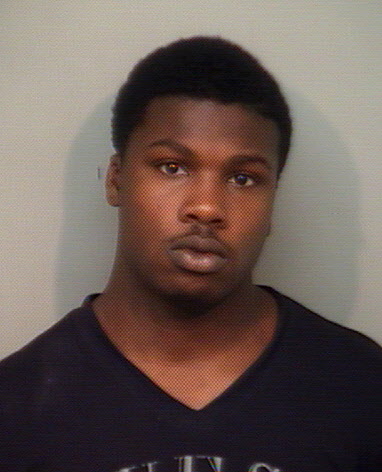