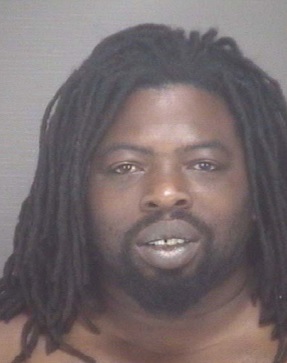 The Sheriff’s Office was alerted by a homeowner to individuals breaking into a house in the Colony Drive area of Salvo.

Deputies along with the Nags Head Police Department responded. While deputies were in the Colony Drive area, two vehicles were noticed leaving a side road without any headlights on.

Deputies were able to get behind the two vehicles and conduct traffic stops. One vehicle attempted to elude the deputies, but was stopped after a brief chase.

During the traffic stops, numerous TVs and other items were found to be in the vehicles.

Deputies went back to the Colony Drive area and found that 13 houses had been broken into, along with one attempted break-in. The suspects were arrested and transported to the Dare County Detention Center where they were processed.

The vehicles were towed to the Dare County Justice Center where a search warrant was executed on them. During the search of the vehicles, 26 flat screen TVs along with other assorted items were seized.

The Dare County Sheriff’s Office is working with other agencies to try to solve numerous other break-ins that have occurred over the last month.