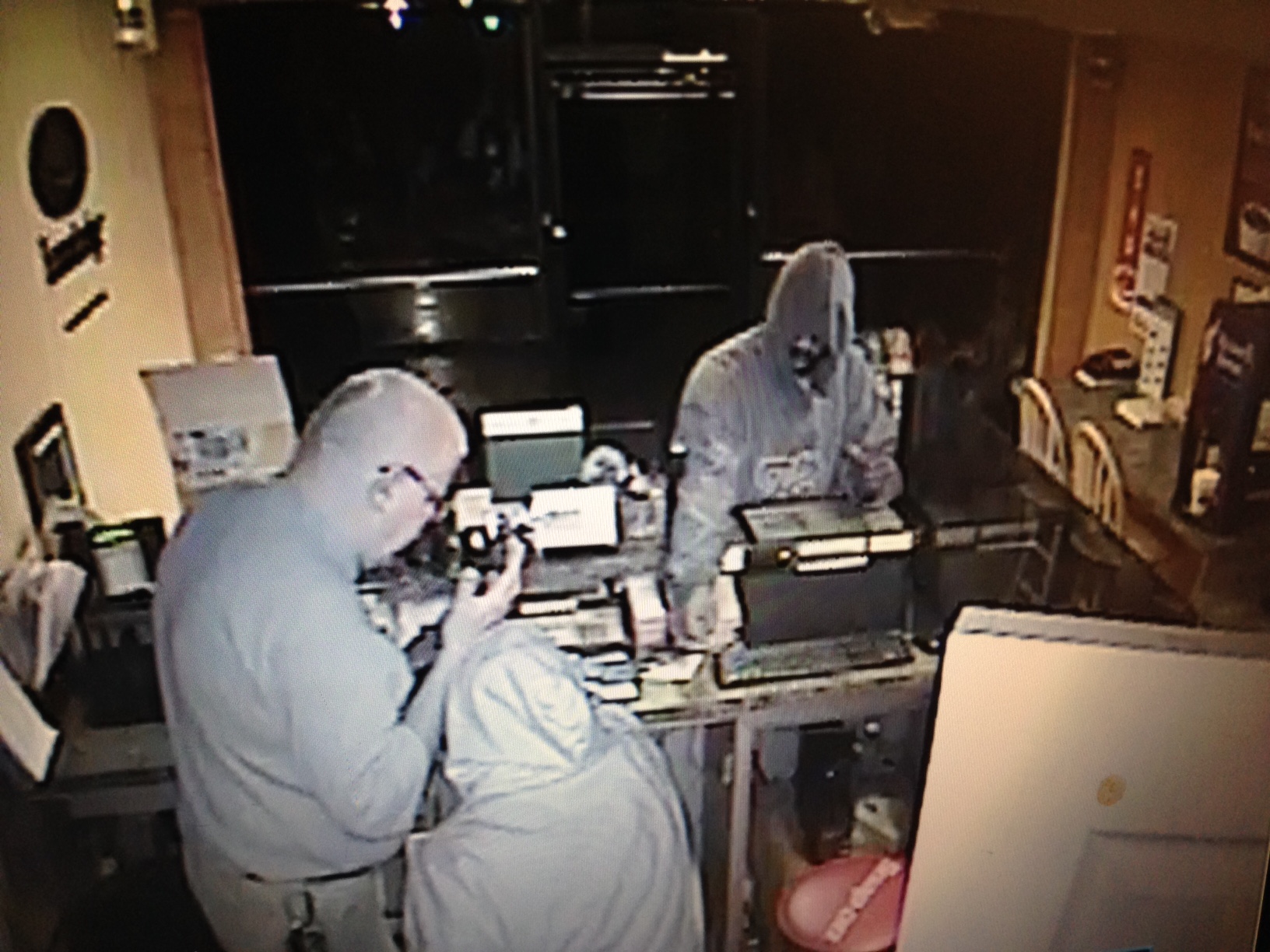 Police say they responded to the hotel, located at 510 South Hughes Boulevard, around 6:0 a.m.

Officers were told that at approximately 5:22 a.m., two black males entered the lobby and demanded money from the clerk. After one of the men removed money from the register, both exited through the front door and ran towards the Eagle Mart BP station.