Documents in murder case: “I grabbed her from behind and I shoved it into her neck”

Chesapeake, Va. - The trial for a woman accused of killing her boyfriend’s mother and concealing the body began Friday in Chesapeake.

Airika Liljegren’s attorney says she will enter an Alford Plea to a count of first-degree murder and one count of transporting a body. An Alford Plea means she is not admitting guilt, just that there is enough evidence to convict her.

Tuesday, is the first time NewsChannel 3 got ahold of that new evidence. Click here to read the full document.

A judge has convicted Liljegren for murder in the death of her boyfriend Ryan Martinez’s mother, Cindy Jensen-Ellett.

Martinez entered an Alford Plea back in November for second degree murder and use of a firearm for the death of his step-father, Anthony Barone.

New court documents show police found the bodies in their Monarch Reach home in July of 2013 when responding to a welfare check.

Pictures show where police say Liljegren and Martinez hid the bodies. Barone was found shot to death underneath a pile of clothes in a closet upstairs. Jensen-Ellet's body was found wrapped in a blue tarp, hidden behind cardboard boxes in the garage.

Also in the new evidence was a 101-page transcribed interview between a detective and Liljegren. In that interview, Liljegren admitted to stabbing the mother with a filet knife saying, "I grabbed her from behind and I shoved it into her neck." She told police it was out of self-defense and that she left Jensen-Ellett's body on the kitchen floor for days.  She even admitted to the detective she cooked bacon with the decomposing body just feet away.

Liljegren's sentencing is set for April. 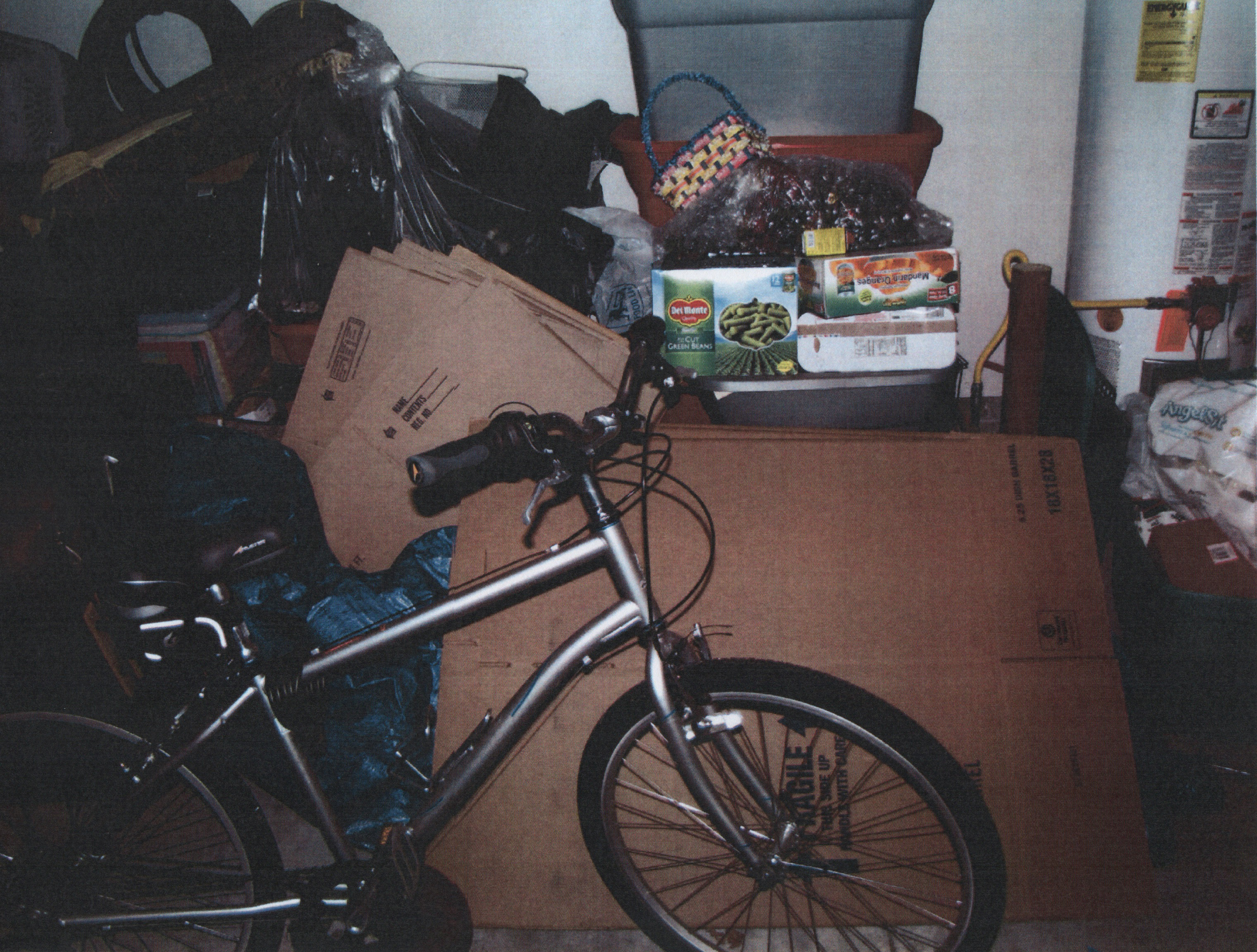