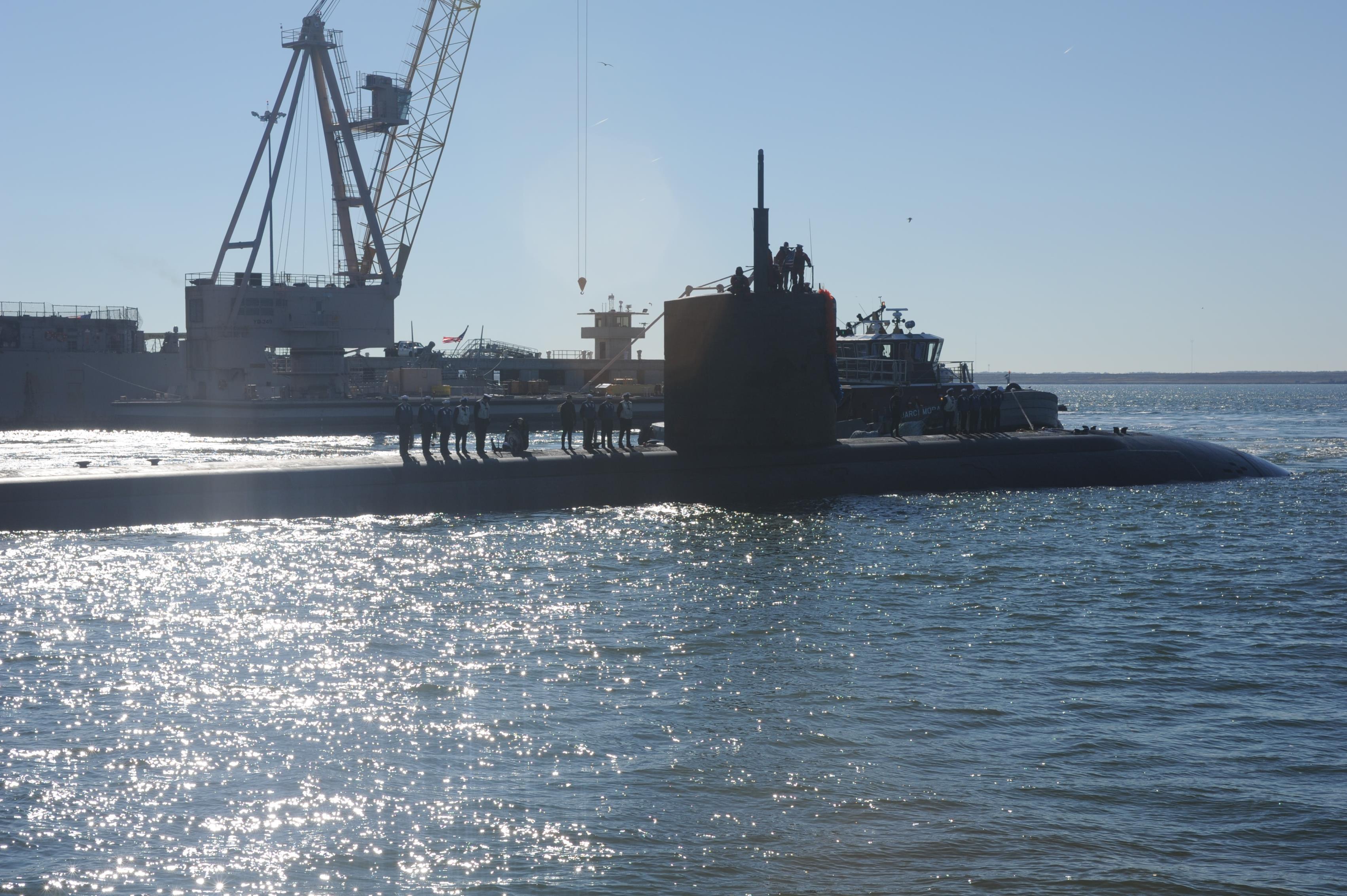 The Boise is returning from the Central Command area of responsibility where they have been conducting Maritime Security Operations and supporting national security interests since they left Naval Station Norfolk last July.

Last week, it was announced that the Boise was awarded the 2014 Battle Efficiency ‘Battle E’ for Submarine Squadron Six.

Boise was built by Newport News Shipbuilding and commissioned November 7, 1992.  The 360-foot submarine is the second naval ship to be named in honor of the city of Boise.  The crew compliment includes 13 officers and 116 enlisted Sailors.