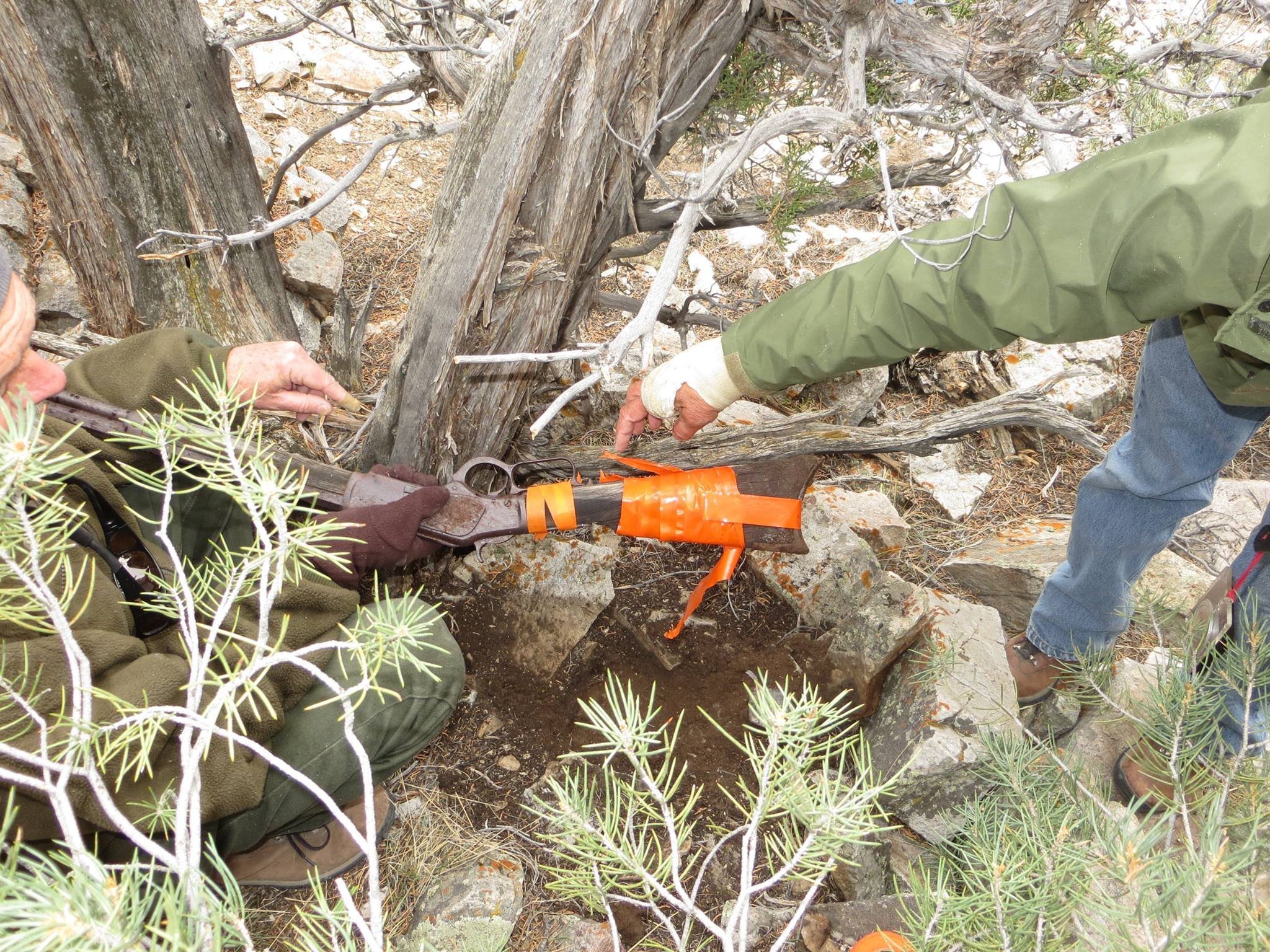 In a gravely voice, it may recite a yarn of weary settlers swaying on horses’ backs in the parched, rocky Nevada wilderness. It may talk about riding in a saddle holster across neighboring Utah more than a decade before it became a state of the union.

Great Basin National Park workers found the Winchester Model 1873 propped against a tree in the desert in November.

Who knows how many years the rifle stood there, after someone left behind the model called “the gun that won the West.” Did they have to depart in a hurry — running from danger?

Or did they not see it, as it stood neatly camouflaged against the arid trunk of the juniper tree?

Wind, snow, desert sun have beaten years of furrows into the Winchester’s grayed stock, and rusted its barrel brown, along with its receiver and signature figure-8 repeating lever.

But its model name remains steadfastly engraved on its tang, along with a serial number. The Great Basin National Park’s staff checked it against the Cody West Firearms Museum’s records.

The gun was manufactured and shipped in 1882, the Museum told them. “Winchester records do not indicate who purchased the rifle from the warehouse or where it was shipped,” the park said on its Facebook page.

Cultural researchers will try to squeeze out a few more secrets about the gun’s history from old newspapers and family trees. Then conservationists will not restore, but conserve it in the condition in which was found. It will become part of the display commemorating the park’s 30th birthday in 2016.

It put them in the hands of many during the time of the “Indian Wars.” But those battles were mostly in surrounding states, particularly fights against Apache warriors in Arizona.

That would seem a safe distance away. The spot where the gun was found in the Great Basin Desert could hardly be more in the middle of nowhere.