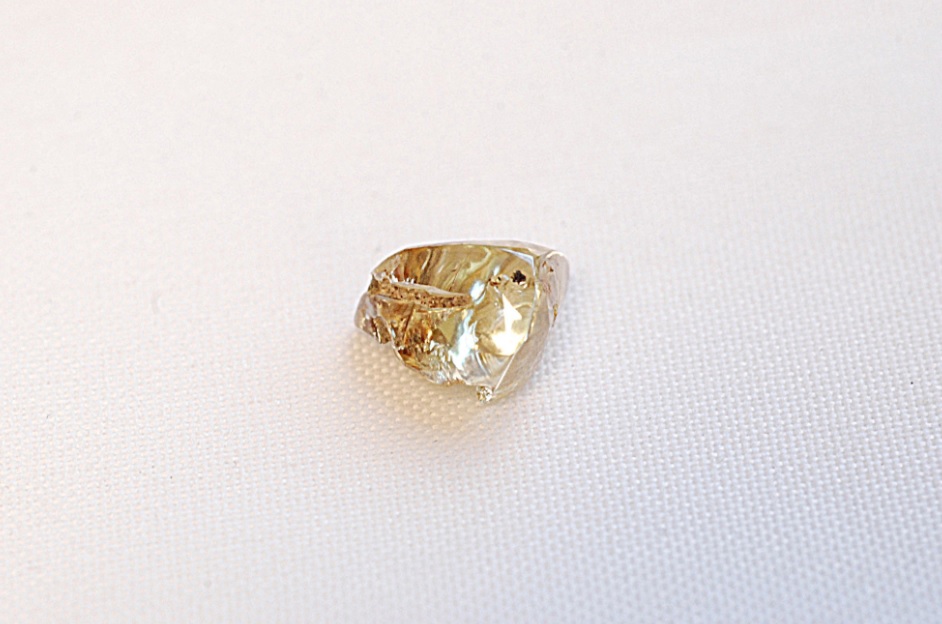 (CNN) — When fields get plowed, diamonds don’t usually pop up.

It’s finders, keepers at the state park’s 37-acre search field, which is named for an ancient eruption that littered the area with gems. The area, which became a state park in 1972, is the only public site in the world where — for a small fee — you can dig for diamonds and keep them.

The sparkling wedge-shaped stone is about the size of an English pea, park interpreter Waymon Cox said in a news release. It’s the largest stone of the 20 found this year, he said.

“More than half an inch of rain had fallen two days before his visit, washing loose soil from the surface of the diamond search area, and, no doubt, uncovering the large, yellow gem,” Cox said. “Anyone could have found it, but Mr. Filppula was in the right place at the right time.”

Filppula, who plans to sell the diamond, named it the Merf Diamond after his mother’s initials.

It’s not clear how much Filppula will get for the diamond, and park officials aren’t trained to appraise them, according to the park website. But Oklahoma Tara Clymer found a 3.85-carat diamond in 2013 and sold it last year for $20,000.

Before Filppula’s find, park staff had plowed the area to bring more diamonds to the surface for visitors to find.

The park stretches for more than 900 acres along the Little Missouri River, but the hunt in the diamond field is the big draw. More than 75,000 diamonds have been discovered there since farmer John Huddleston discovered gems on what was then his property in 1906.