Fall in love and adopt for Homeless Animals Awareness Week

Fall in love and adopt for Homeless Animals Awareness Week

The animal shelters want to educate the Hampton Roads area about the condition of homeless animals that need permanent homes.

The public awareness campaign is set to begin the week after Valentine's Day.  During this week, the shelters will be sending out messages educational tips through social media and mail.

Additionally, the campaign for animals will include asking those who care about homeless pets to wear an orange ribbon to show their support for shelter animals. The idea is to spur questions from the community so that the animal advocates can explain how homeless cats and dogs need our help. Orange is the color for animal welfare, and the shelters will be offering ribbons from their facilities to spread the message.

According to the ASPCA, around 7.6 million cats and dogs enter shelters nationwide each year. There are tens of thousands of pets waiting to be adopted in the Hampton Roads alone. Local shelters provide these animals a temporary home, medical care and rehabilitation services. Volunteers and foster families work to expand their capacity for the needy animals, but the animals truly need the love of a permanent home. The ten shelters participating in the 2013 Homeless Animals Awareness Week reported caring for almost 35,000 homeless animals.

Come out to spread the word and adopt an animal to love this February. 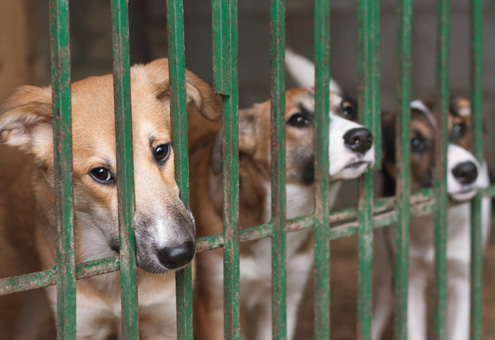