Photographer searches for couple captured in proposal under rainbow

Coronado, Ca. -- A Coronado photographer captured a couple getting engaged under a rainbow by chance, and is now trying to track them down.

Dan McGeorge takes photos for a living but said he never imagined he would capture a moment so special.

"There to my surprise was this couple, and they were clasping their hands – looking at each other and I knew I had captured them right in the moment of their proposal," said McGeorge.

McGeorge didn't recall at first, but remembered he had met the couple the day before while out on the beach, according to Fox5 San Diego.

"He had a camera in his hands, and he said, 'we just got engaged, would you take our picture for us,'" said McGeorge. "The ones I took were close ups, just one, two, three, smile. I didn't have any clue until I zoomed in later that that was them."

He has since been desperately trying to find the mystery couple. 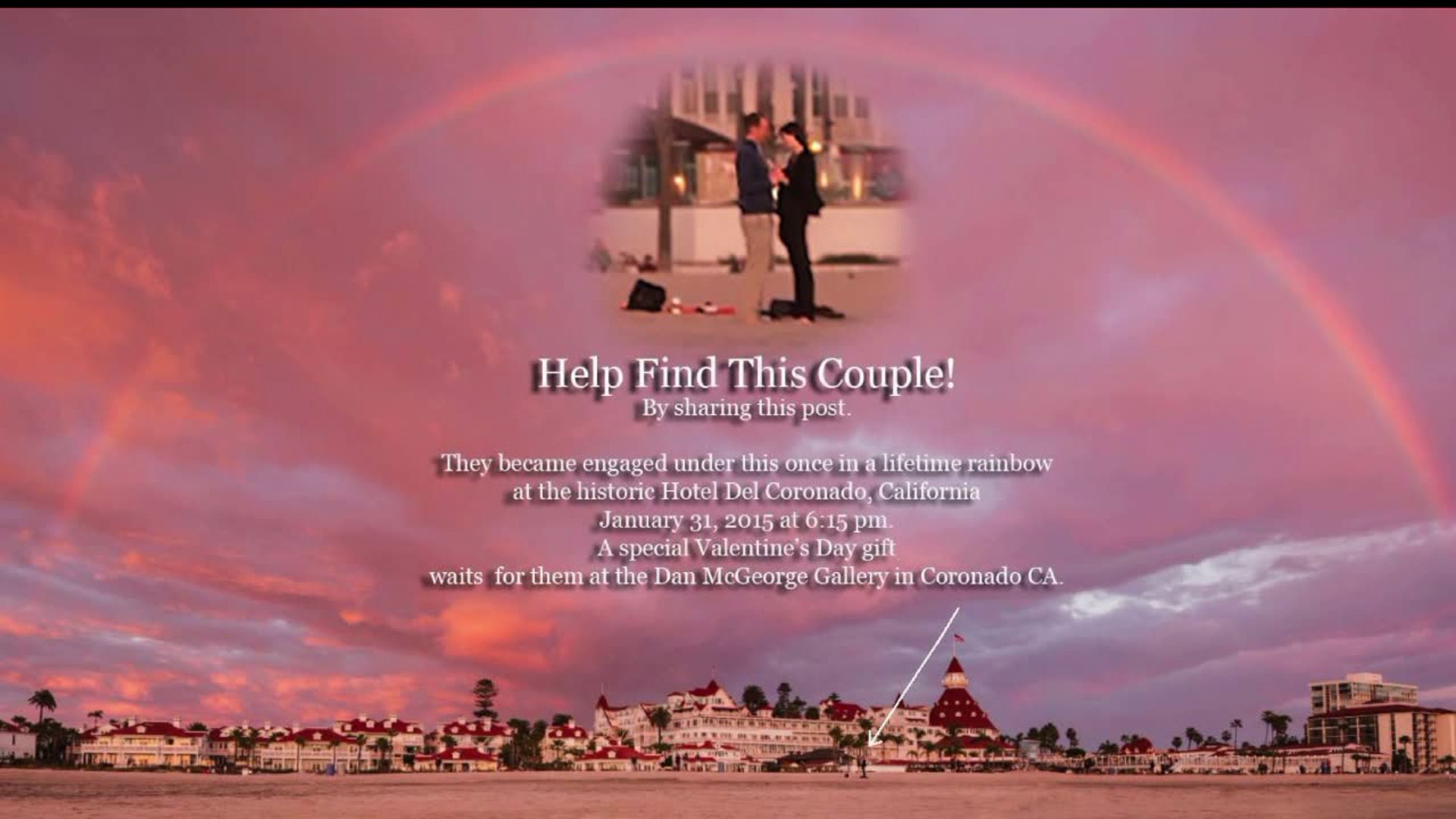 McGeorge posted the photo on his Facebook page in hopes that someone would recognize the two.

"People have shared it all over the world and hopefully I can find them and connect with them," he said.

If you think you might know the couple, McGeorge can be reached at: