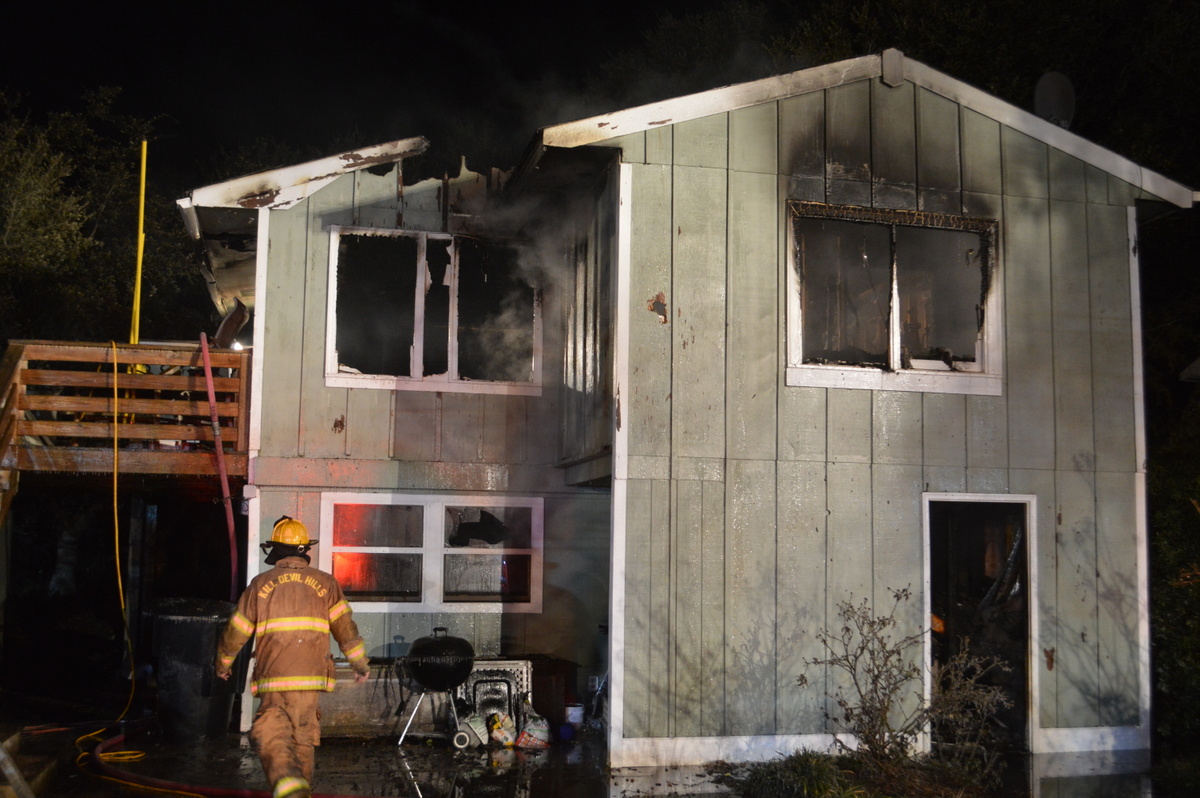 On Sunday, February 15th, around 8:30 p.m., a family smelled smoke and discovered flames coming through the roof of their home at 1804 Virginia Avenue.

A pipe coming from a wood-burning stove inside the home had caused the fire to start in the attic.

The Kill Devil Hills Fire Department responded and contained the fire to the attic area.

The family, consisting of two adults, two children and several pets, were able to safely leave the home and stay with friends and family.

Around 2:30 a.m. Monday morning, a neighbor noticed flames coming from the home and called 911.

The second fire destroyed the entire second floor of the residence and caused significant smoke damage to the ground floor.

The cause of the second fire remains under investigation.

Most of their belongings were lost in the second fire, including a pet cat that had escaped during the first fire.

The family has expressed appreciation, but declined help from the community.