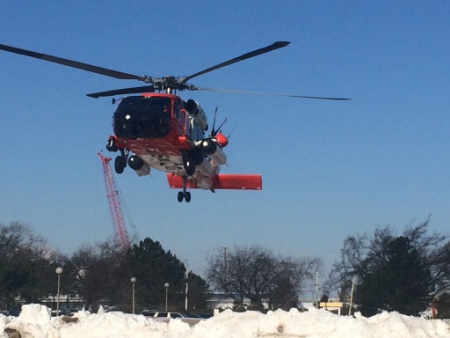 Portsmouth, Va. – The Coast Guard rescued an injured crewman from a vessel approximately 170 east of Oregon Inlet on Thursday night.

The report stated that a 62-year-old man had suffered an eye injury while changing a valve in the engine room.

To enable a medevac, the crew of Dalian Express, en route to Italy from Norfolk, changed course toward North Carolina to meet with a Coast Guard helicopter crew.

The helicopter crew hoisted the injured man and transported him to Sentara Norfolk General Hospital in Norfolk, arriving at about 9 a.m. Friday, where the man remains stable.