Suffolk, Va. - One person is dead after a fatal crash that occurred on US-58 during a police chase on Tuesday morning.

The chase reportedly started on US-460W in Sussex County around 8:00 a.m. when a Virginia State Trooper attempted to stop the vehicle for speeding.

Both troopers chased the vehicle from Sussex County into Suffolk, where the vehicle exited onto US-58.

A trooper attempted to block the suspect's vehicle, but the suspect side-swiped the trooper's vehicle before hitting it again at a high rate of speed.

After hitting the trooper's vehicle, the suspect lost control and ran off the road, hit a tree and caught on fire.

The suspect was the only person in the vehicle and was killed on impact. She has been identified as 56-year-old Sheila Besley of Hopewell.

The trooper whose vehicle was hit is shaken up but didn't require medical attention. There was a significant amount of damage done to his vehicle.

At this time, one eastbound lane of US-58 is open while the scene is investigated. 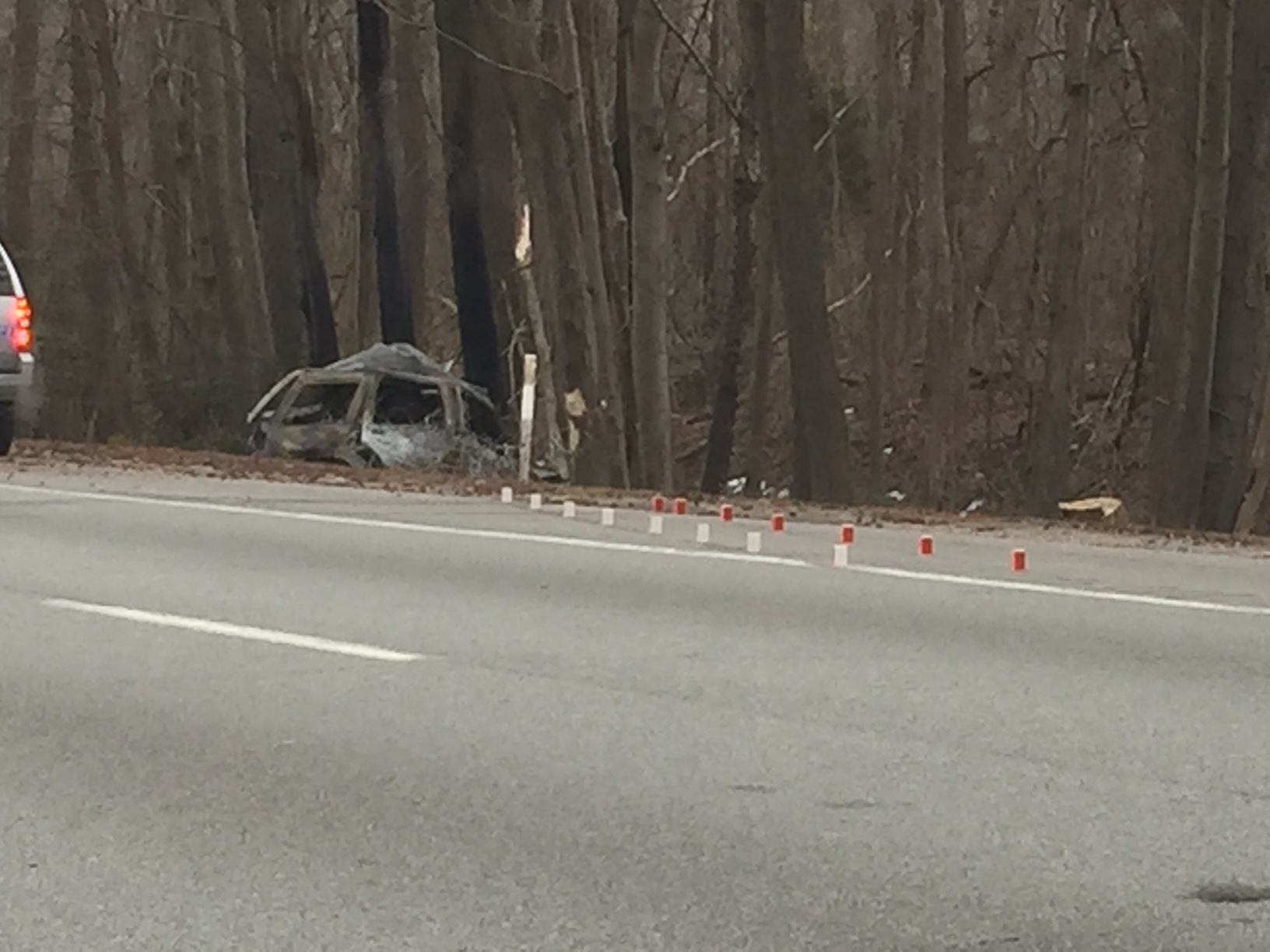