Norfolk, Va. - Four of the five ships of the Theodore Roosevelt Carrier Strike Group (CSG 12) departed from their homeports in Norfolk and Mayport, Florida on Monday.

The piping aboard the Roosevelt was found to be clogged with an organism found in the James River.

“It’s winter time in Hampton Roads and it’s not uncommon in the James River for marine growth to love this kind of water and temperature and we are experiencing that right now, “ said Captain Daniel Grieco. “So we have some intakes on the inner side of the ship that have gotten clogged with sea growth [bryozoa] and we are just in the process of making sure we do things right, we are extracting that and removing it and as soon as we have that completed we will get ourselves underway.” 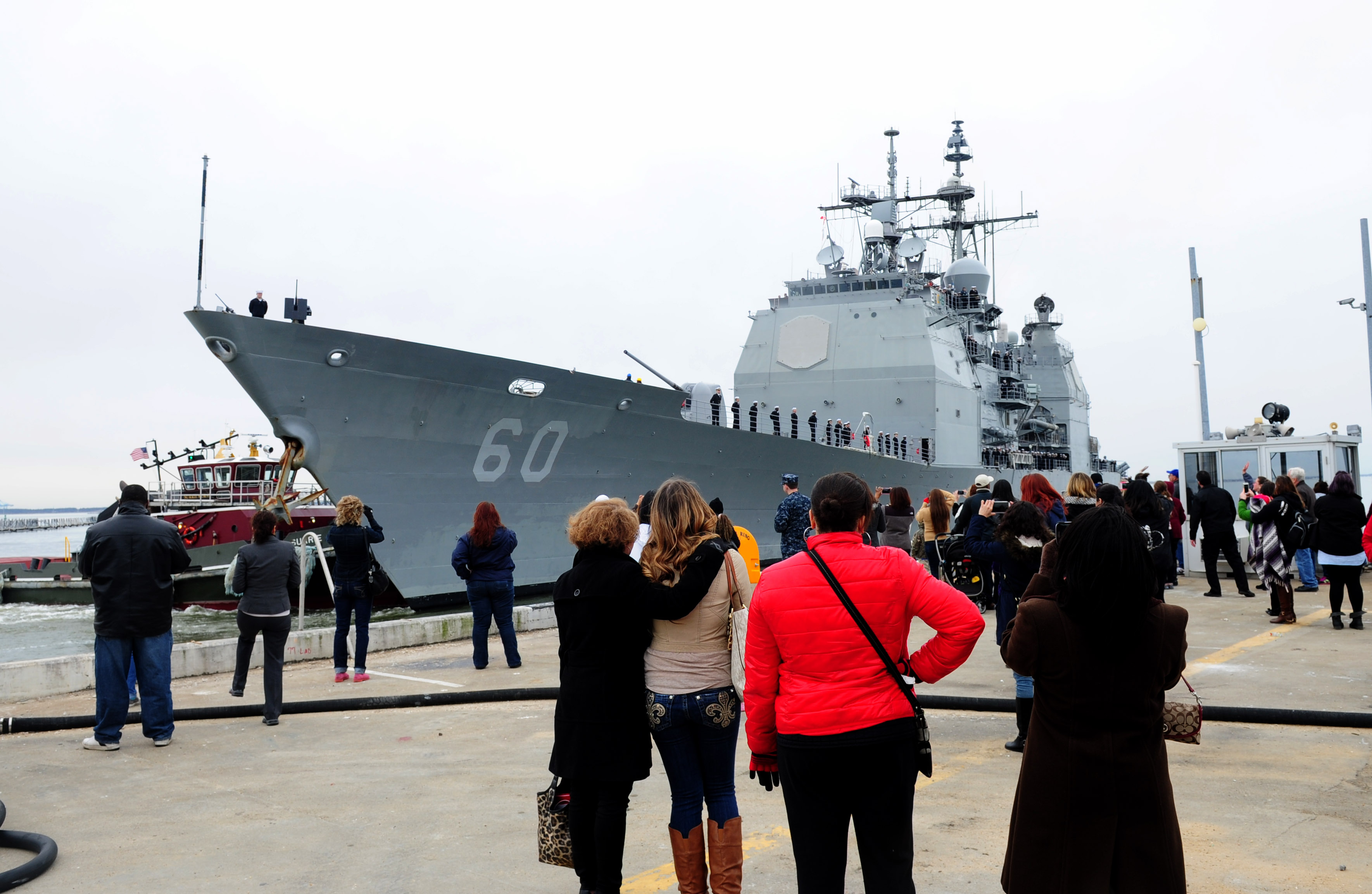 This will be the last time the USS Theodore Roosevelt departs from Norfolk. After the deployment is complete, she will return to her new homeport in San Diego.

The homeport change is part of a three-carrier shift that also involves the USS Ronald Reagan (CVN 76) and the USS George Washington (CVN 73).

While deployed, the strike group will serve in the 5th and 6th U.S. Fleet areas of responsibility conducting maritime security operations, theater security cooperation efforts and missions in support of Operation Enduring Freedom.