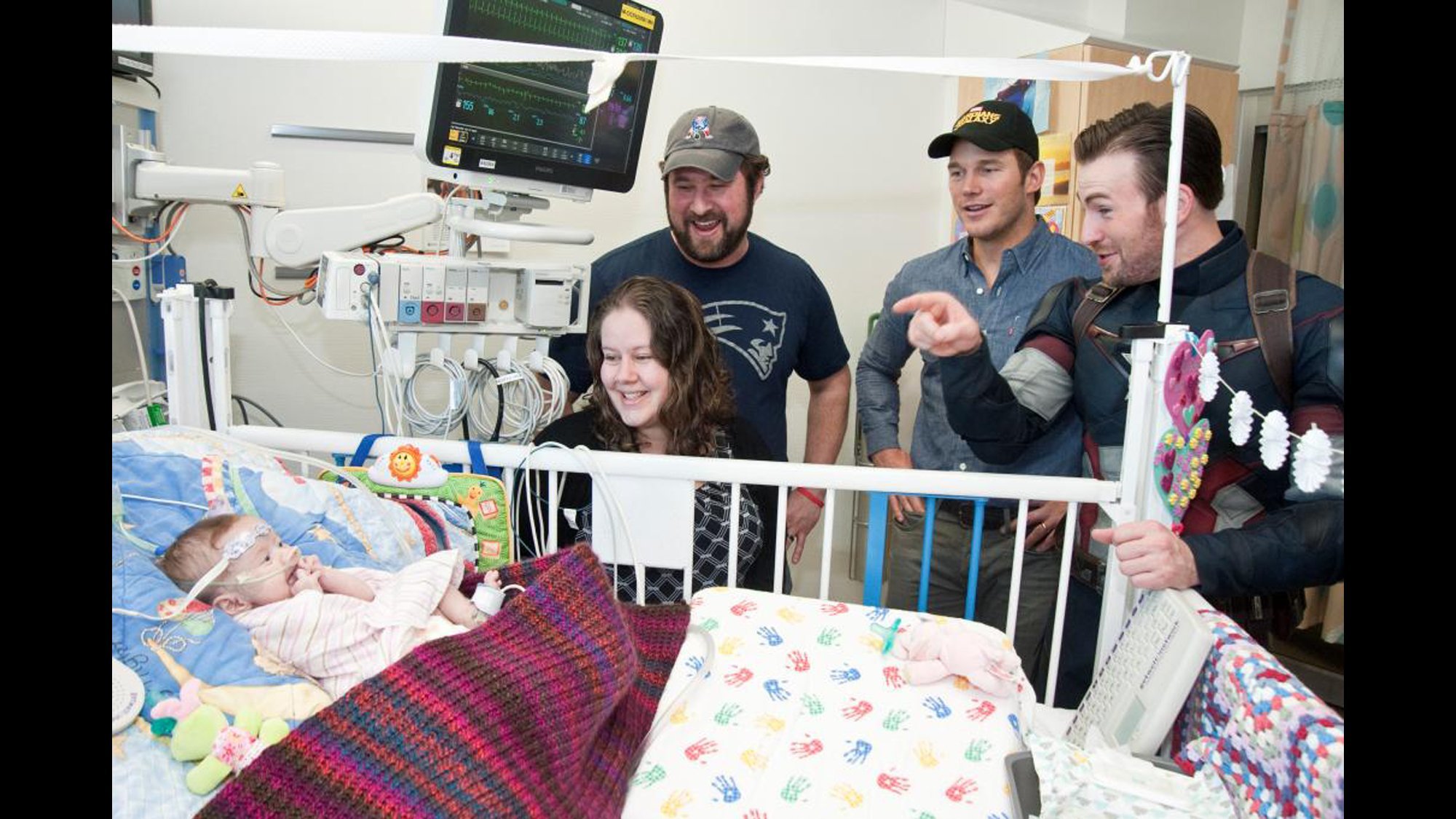 It was their second hospital visit as part of a Super Bowl bet that ended in a win for everyone.

Even though the Patriots won, the two Chrises visited both hospitals. Pratt wore his Star-Lord costume to visit Boston Children’s Hospital in February, and Evans donned his Captain America duds to visit Seattle Children’s on Saturday, bearing gifts in the form of Marvel action figures and accessories.

The superhero actors met Oskar Beechum, 7, who has been at Seattle Children’s for four months for epilepsy treatment.

“Meeting them was a nice reprieve for us,” Oskar’s mom Kelli Beechum said. “So many of our visitors are doctors, and the conversations are medical. I can’t wait to watch the Captain America movie with Oskar. It will be like he knows him personally now.”

The visit made an impression on Evans, too, who said he felt inspired, blessed and touched after meeting “some TRUE super heroes!”