Officer did not activate body camera in Norfolk shooting

Norfolk, Va. - Norfolk Police Detectives are continuing to investigate after a man was shot by officers on Monday night. The shooting happened at 26th Street and Leo Street around 9:30 p.m.

Officers were called to the area after receiving reports of a group of men shooting guns.

Officers arrived on the scene and confronted a man with a handgun. Shots were fired, but it is not clear if it was only police shooting or if the man was shooting back.

The man was identified as 22-year-old Dominique Chapman. He was transported to Sentara Norfolk General Hospital with non-life threatening injuries and is expected to be okay.

Chapman has been arrested for carrying a concealed weapon, and altering a serial number or other identification on a firearm.  At this time, Chapman remains hospitalized and in police custody.

His mother, Felicia Wyatt, spoke to NewsChannel 3 on Tuesday.

Wyatt says she hasn't been allowed to see her son yet.

The officer who shot Chapman has been placed on administrative leave pending completion of the investigation. He has been with the department since 2012.

The officers responding to the call were wearing body cameras. However, the officer involved in the shooting did not activate his camera during the incident.

Body cameras were introduced to the Norfolk Police Department just over a month ago, in early February. The department says the new cameras have added an additional step to the issues they must consider when responding to calls involving weapons. They expect that the use of the new technology will improve over time.

There was video recorded by other officers on scene. However, the incident itself was not recorded. 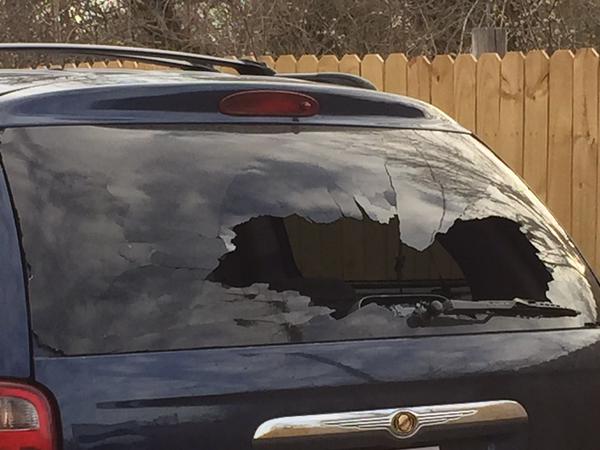