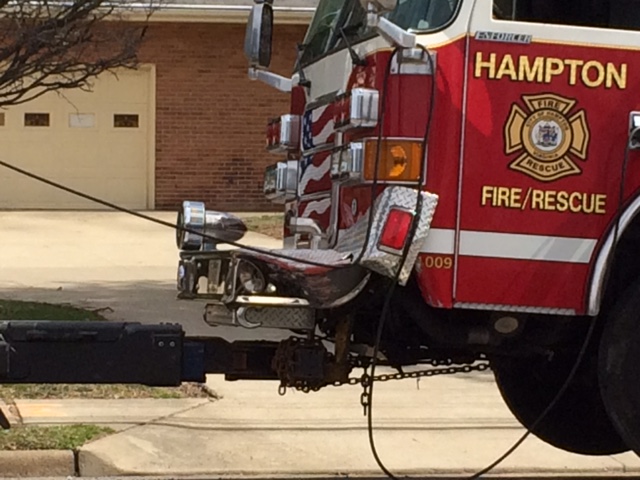 The incident occurred at 10:55 a.m. at the intersection of Andrews Boulevard and Woodland Road.

The fire engine was not en route to an emergency call at the time of the crash.

The crash is still under investigation.