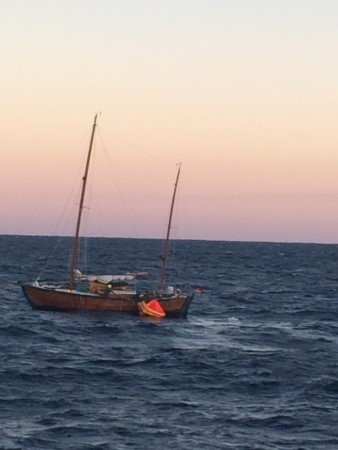 Watchstanders at the Coast Guard’s 5th District Command Center in Portsmouth, Virginia, received an alert at approximately 4 p.m. Monday from the Maritime Rescue Coordination Center Bremen, Germany stating that sailboat Irene was in need of assistance.

Rescued were Joerg Fleimming, 51 and Stefan Heising, 56, both German nationals.

The two men were taken to the Coast Guard Station Little Creek, where they were met by Customs and Border Patrol agents who assisted the two men in obtaining a flight back to Germany out of Norfolk International Airport.