May the force be with this awesome new Star Wars airplane

(CNN) — It’s been a wild week for “Star Wars” fans, what with the release of a new trailer for “The Force Awakens” leaving many fans openly in tears on Thursday.

The icing on the geek cake?

To coincide with the release, Japan carrier All Nippon Airways (ANA) has launched a five-year “Star Wars Project” that includes a new Boeing 787-9 Dreamliner painted with an R2-D2 livery, proving yet again that the astromech droid does indeed have the ability to take flight.

The “Star Wars” themed plane is due to start flying international routes this fall, says the airline.

The “Star Wars Project” includes a special ANA website that plays the iconic theme song and features videos and photos of the plane.

The promotional tie-in comes ahead of the release of “Star Wars: The Force Awakens.”

Due to hit theaters December 18, it’s likely to be one of the biggest box office hits of the year.

It’s the first film in the franchise to be released under Disney’s ownership.

ANA was the launch customer for the 787, which entered service in 2011.

With 34 Dreamliners, it currently operates the world’s largest 787 fleet.

The airline has an additional 49 787s on order, says manufacturer Boeing.

The order makes ANA the first airline in Asia to operate the entire family of 787 Dreamliners. 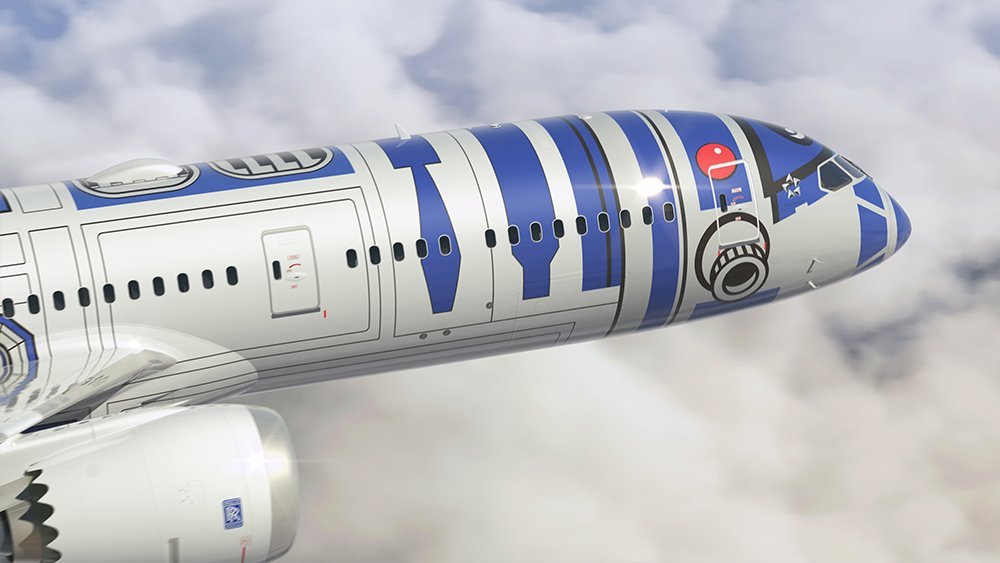