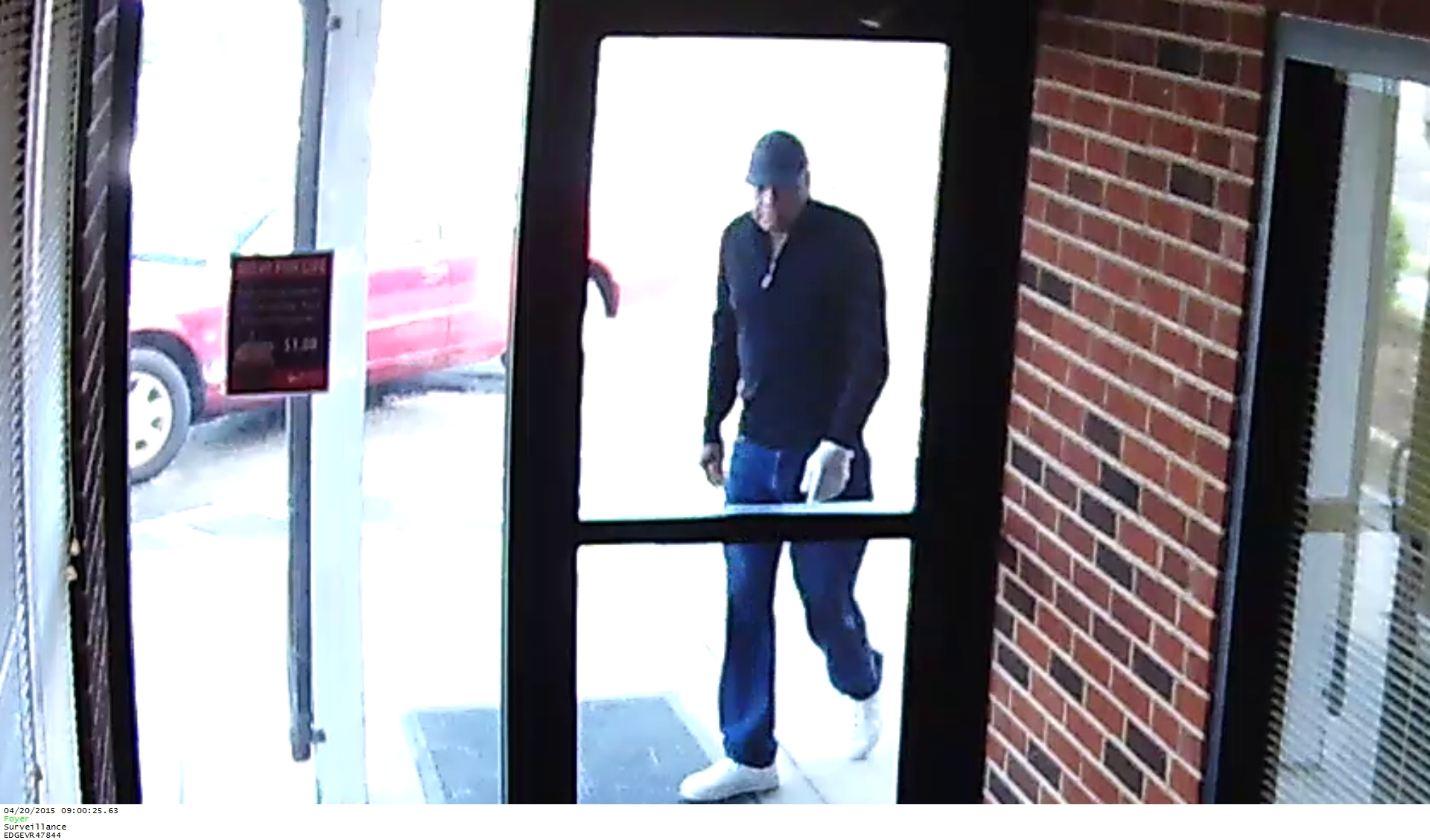 At 9:04 am the man entered the credit union with a handgun and demanded cash.

Seven employees and three customers were inside at the time of the robbery. No one was injured.

The man is described as a black male 5’10  – 180 lbs., 30 – 40 years old. He was wearing a dark colored sweater, dark jeans, a grey or faded baseball cap, white tennis shoes and the bottom portion of his face was covered.

He also wore a rubber glove on his left hand.