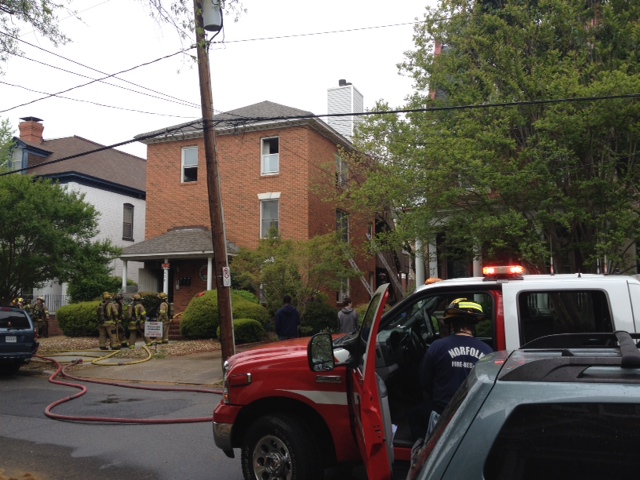 Battalion Chief Julian Willamson says they responded to a fire in the 600 block of Redgate Avenue around 11:02 a.m.

Flames were coming through the first floor windows as smoke traveled through the hallways. Fire crews stopped the fire within 20 minutes.

It is believed the fire started in the kitchen. The cause of the fire is still under investigation.