ATLANTA (CNN) — A small plane crashed on Interstate 285 just north of Atlanta on Friday morning, killing all four people aboard and severely snarling post-rush-hour traffic on the bypass that encircles the city, officials said.

The single-engine Piper PA-32 clipped a tractor-trailer as it slammed into the highway, the truck’s driver told CNN affiliate WSB, with the plane coming to rest as smoldering wreckage near a concrete barrier separating eastbound and westbound lanes.

All four people aboard the plane died, but no motorists were injured, according to DeKalb County Fire Department spokesman Capt. Eric Jackson.

The truck’s driver told WSB that he looked to his right and “saw a plane approaching me at a fast rate of speed (and) flying very low.” 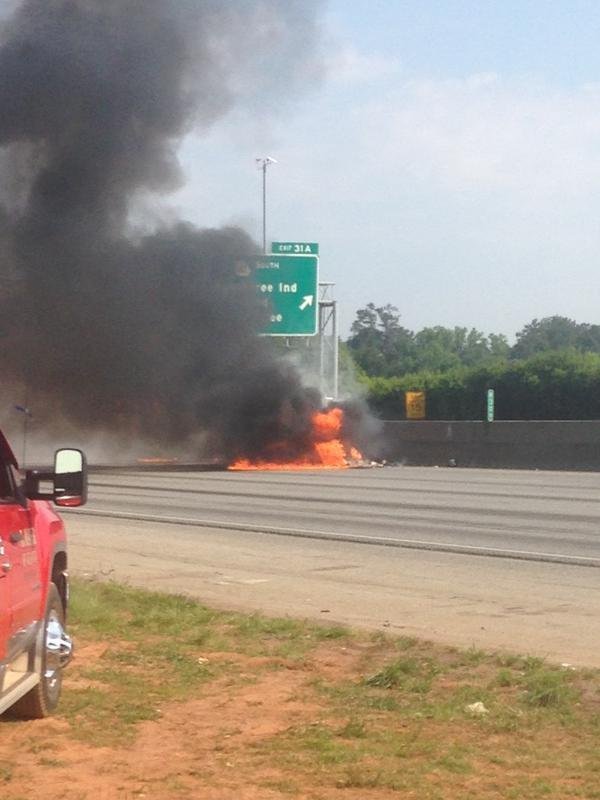 He slammed on his brakes, something that didn’t stop the aircraft from hitting him — but an action that he thinks saved his life.

“It wasn’t any higher than the top of my truck,” said the man, who identified himself as Gerald Smith. “By the time I hit the brakes, I heard the impact.”

After stopping, Smith saw the plane burning near the concrete barrier

“Whoever was in that plane, my heart goes out to their family,” he said. “Just a normal workday for me (is now) a day I’ll never forget, because somebody’s life was taken.”

All lanes in both directions were closed at the crash site, causing long traffic backups.

Police in Dunwoody, close to Atlanta, began reporting the crash around 10 a.m. ET.