Virginia Beach, Virginia - A car crashed into an apartment while fleeing police shortly after 1:30am Friday.

Police say an officer attempted to conduct a traffic stop on Baker Road near Summit Arch for suspicion of DUI.

The driver of the car sped off and crashed into an apartment in the 600 block of Zephyr Court, completely destroying the stairway and trapping two people upstairs. No one inside the home was injured.

Police say this was not a pursuit.

The driver, 35-year-old Twayne Johnson of Norfolk, ran from the scene after the crash and was apprehended by police a short time later.

Firefighters assisted the two people who were upstairs in getting downstairs with a ladder.

Johnson was transported to a hospital with minor injuries. He has been charged with: Assault & Battery of a Police Officer, Hit & Run with Injury, Destruction of Property, Possession of Marijuana, Manufacture, Sale, Possession of Controlled Substance, Eluding Police, DUI, DUI Refusal of Test.

He is being held in the Virginia Beach Correctional Center without bond. 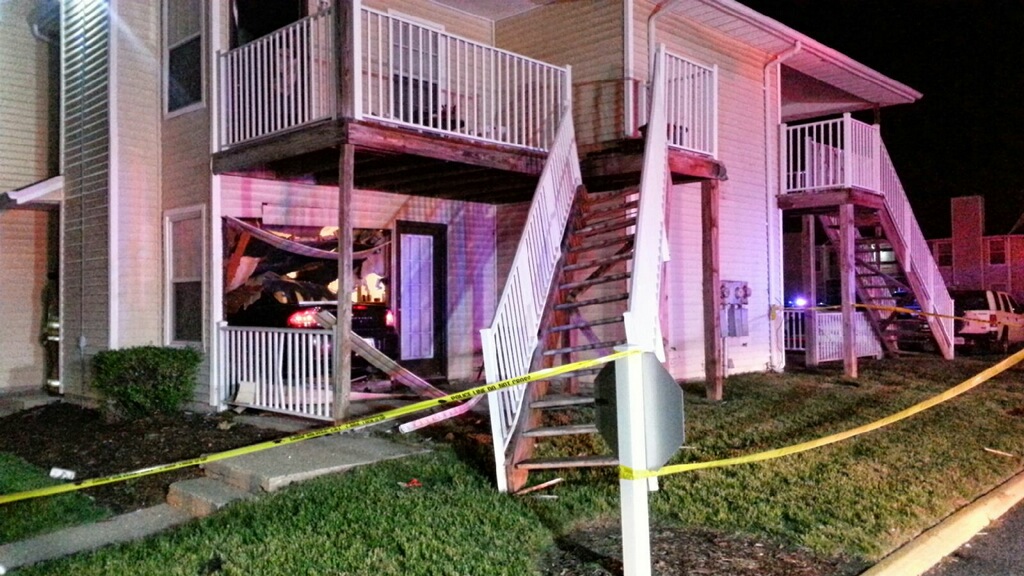