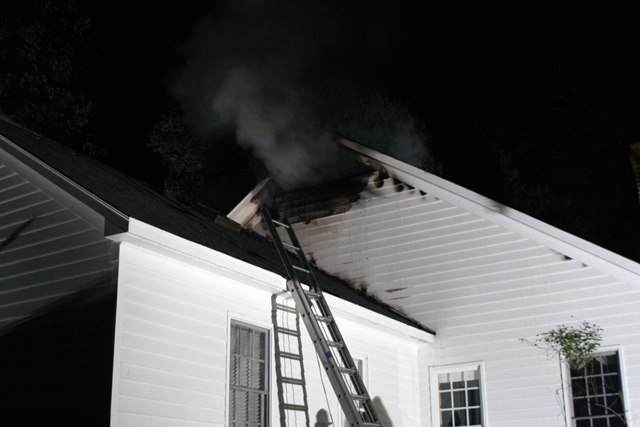 James City County Fire units were dispatched to a house fire in the 100 block of Pierces Court on Friday, May 29 at 3:47 a.m. Fire units arrived at 3:52 a.m. to find moderate smoke and fire showing from the roof.

Firefighters entered the home to find minimal smoke and no fire in the living areas of the home. Crews went into the attic space and encountered intense smoke and fire.

The fire was brought under control at 4:29 a.m. The entire attic space suffered significant fire and smoke damage. The living areas of the residence suffered moderate smoke and water damage. Two occupants were home at the time of the fire and awoke to the sound of the fire burning in the attic. The occupants initiated the call to 911, police say.

There were no firefighter or civilian injuries. The cause of the fire remains under investigation.