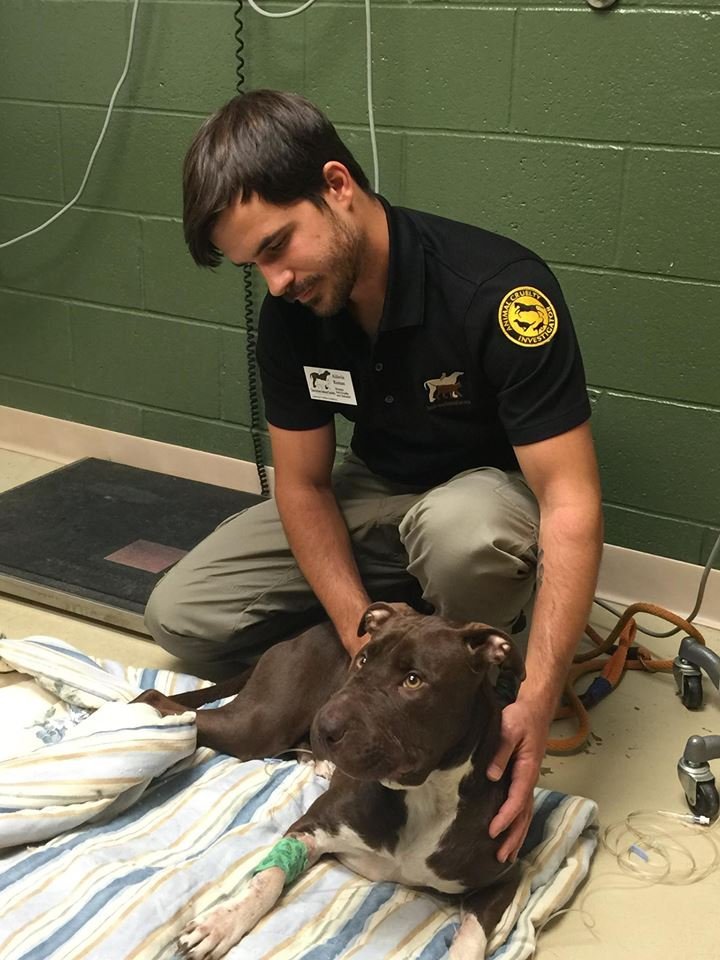 Warning: Some of the images in this gallery may be disturbing

It’s a heartbreaking and painful condition for any animal to be in and it begs to ask the question: who would do this?

Caitlyn, a 15-month old Chocolate Staffie mix, was found with black electrical tape wound around her muzzle in North Charleston, South Carolina. The tape was so tight that her tongue was caught between her teeth.

When doctors removed the tape, her muzzle swelled to about double its normal size. Surgery may be needed and she could lose her life.

“This is the most malicious case of animal abuse I have seen in my entire career,” Charleston Animal Society Director of Anti-Cruelty Aldwin Roman wrote on its Facebook page.

The Animal Society is offering a $1,000 reward for information that will lead to an arrest and conviction in the case.

The suspect would face up to five years in prison and a $5,000 fine.

“A large part of her tongue may need to be removed surgically if the tissue dies from the lack of blood flow. She may be severely disfigured, or the large amount of dead tissue may cause life-threatening complications,” says Charleston Animal Society Dr. Lucy Fuller.

The dog was turned in Wednesday morning by someone who found her on their doorstep. Caitlyn was apparently a well-known and friendly stray around the Chicora Cherokee neighborhood and was last seen on Memorial Day. She may have gone as much as 48 hours with her muzzle taped shut.

“To leave this dog in pain, unable to eat or drink and to now leave her in the position where her life is at stake because she may lose her tongue is heartbreaking,” says Roman.

The Animal Society says she’s “doing well considering her condition” and that she should be transferred to a special care facility on Friday.

Donations to assist Caitlyn have been pouring in from around the world on the Society’s Facebook page.