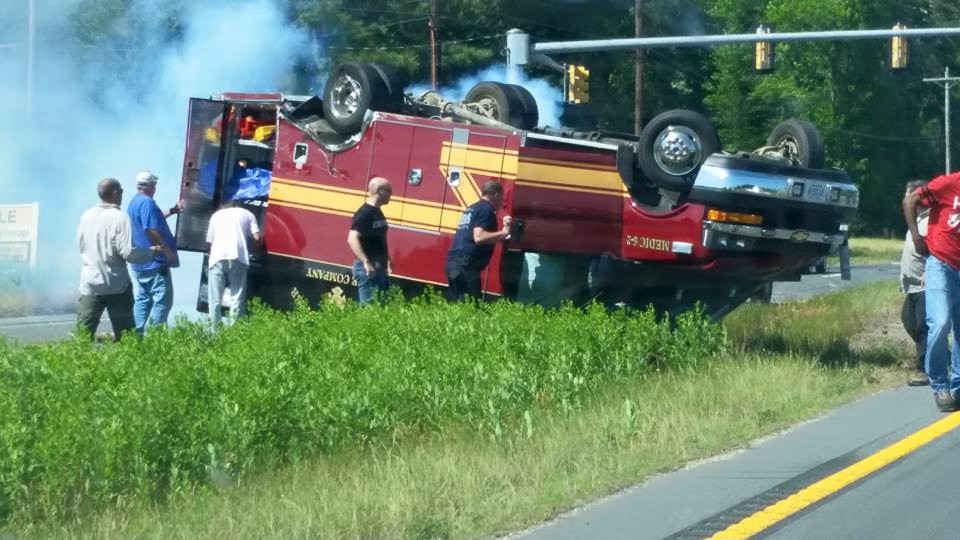 Wachapreague, Va. – A 60-year-old man who was being taken to the hospital in an ambulance in Accomack County has died after the vehicle was involved in an accident.

At around 3:43 p.m. State Police responded  to a two-vehicle accident in the intersection of Route 13, Lankford Highway and Route 180, Wachapreague Road.

The Bloxum Volunteer Rescue Squad was going southbound on Route 13 transporting Douglas R. McCready. They had their sirens activated when they drove through a red light. Once in the intersection, they hit a 2013 Ford Star Transit Bus. The ambulance then lost control and overturned several times.

Three in the volunteer crew were injured. They suffered non-life threatening injuries.

The driver of the bus, Jeanne K. Moore, was the only one on the bus at the time. She was not injured.

This accident is still under investigation.