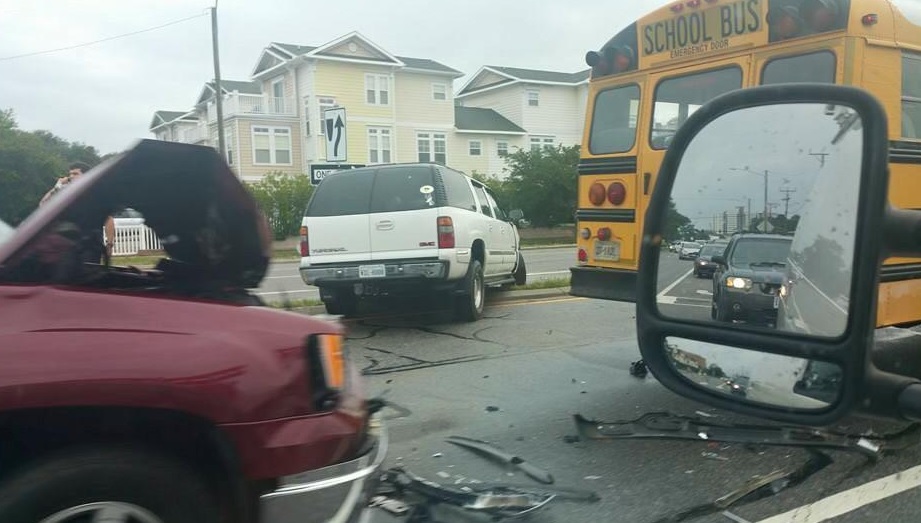 The crash involved a total of three vehicles and happened at the intersection of Red Tide Road and Shore Drive just after 7 a.m.

Nine students were on-board the bus at the time, however none suffered any injuries.

Another school bus en route to Cox High School was able to take the students from the impacted bus to school.

A white SUV and red pick-up truck were also involved in the crash. Both had to be towed from the scene.

Police say the driver of one of the other vehicles suffered a non life-threatening injury in the crash.